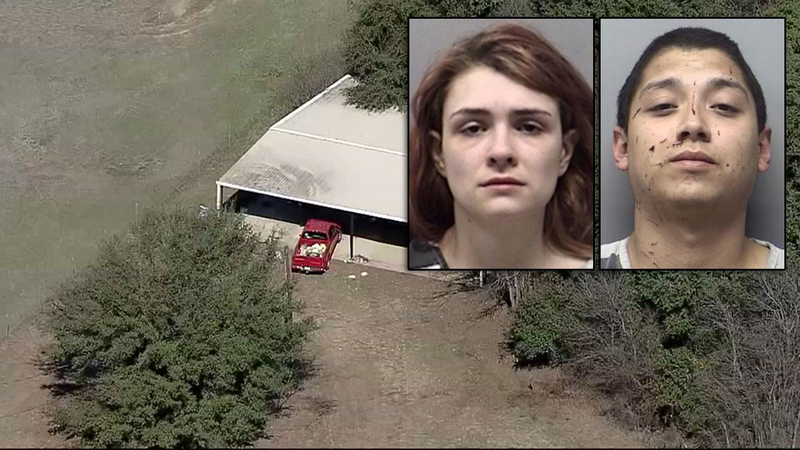 RHOME, Texas -- A mother and father are facing charges after police say they found four neglected children covered in feces in north Texas.

Authorities were called to the home in Rhome after reports of a domestic violence incident.

When deputies arrived, they reportedly heard children in an outside barn.

After searching the property, deputies discovered two kids, ages 4 and 5, locked in a padlocked kennel with no food or water.

Two other children were also found in the home, and reportedly looked neglected and malnourished, according to WFAA.

The children's parents, Andrew Joseph Fabila and Paige Harkings, were arrested and charged with four counts of child endangerment. Authorities say this isn't the parents' first run-in with CPS.