If the CDC signs off, kids' vaccinations could begin next week
ABCNews
By Cheyenne Haslett 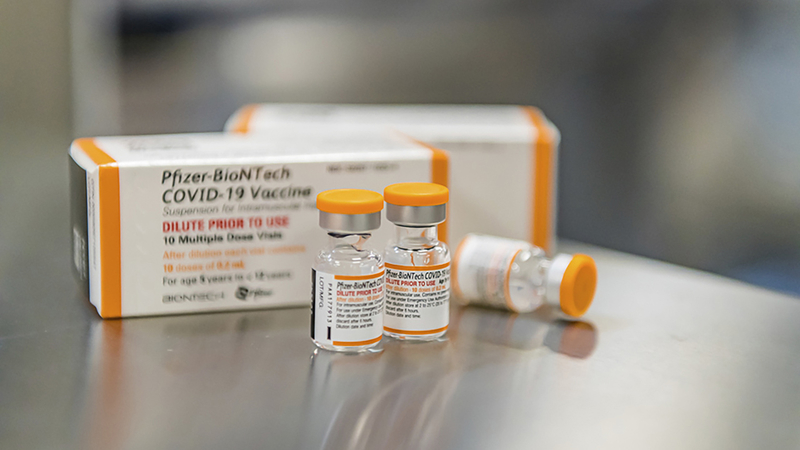 WASHINGTON -- Another 28 million Americans are one step closer to getting vaccinated against COVID-19 after the Food and Drug Administration on Friday authorized the Pfizer shot for 5-11 year-olds.

Children will be one of the last groups in the U.S. to become eligible for the vaccine. Protecting them against COVID-19 is a major step in getting the country back on the path to normalcy after an unexpected late-summer surge that disproportionately impacted unvaccinated Americans and filled hospitals to the brim.

After FDA authorization, the process now heads to the Centers for Disease Control and Prevention. An advisory committee for the CDC will meet on Tuesday to discuss the pediatric vaccine safety and efficacy data, as an advisory FDA panel did this past week, and then CDC Director Rochelle Walensky is expected to give the final signoff soon afterward.

That means kids could begin getting shots at some point next week and become fully vaccinated by December.

In anticipation, the White House planned to unleash millions of vaccine shipments across the nation as soon as FDA authorization was announced. Vaccine sites will have to wait for the CDC's word to begin administering the vaccine, but stock will be on hand.

"The bottom line is that we will be ready immediately following FDA and CDC decisions so that parents can get their kids vaccinated quickly, easily and conveniently," White House COVID-19 coordinator Jeff Zients said at a briefing with reporters on Thursday.

The White House purchased enough shots for all 28 million 5-11 year olds and on Thursday announced plans to purchase another 50 million shots by April 30, 2022, which could also be used for children under 5, if and when there is authorization for that age group.

Though there was some debate at the FDA advisory meeting about the potential side effects for children 5-11 -- particularly because myocarditis, a condition involving inflammation of the heart, has been linked to the vaccine in teenage boys and young men -- the panel nearly unanimously voted in favor of the vaccine, deciding that the risk was worth the benefit.

None of the 2,200 kids who received the Pfizer-BioNTech pediatric vaccine last June in the clinical trials have experienced serious side effects, including myocarditis.

Meanwhile, nearly 2 million kids ages 5-11 have gotten COVID, and 8,300 have been hospitalized with COVID-19. A third of those children ended up in the ICU and over 100 have died.

"To me the question is pretty clear. We don't want children to be dying of COVID, even if it is far fewer children than adults, and we don't want them in the ICU," Dr. Amanda Cohn, an epidemiologist with the CDC, said at the FDA meeting on Tuesday.

Dr. William Gruber, the senior vice president of Pfizer Vaccine Clinical Research and Development, told ABC News in an interview Friday that he also saw the vaccine as a way to protect children from the emotional instability the virus has wrought. Widespread vaccination could keep children out of quarantine after being exposed at school and ensure the safety of indoor activities ahead of the winter.

He pointed to the benefits of "allowing children to be children."

"This allows that to open up again, we've been seeing step-by-step progress and opening up society. It's time for that to happen with children as well," Gruber said.

Whether parents will embrace the vaccines for their kids is still a question. In an October poll, the Kaiser Family Foundation found that about a third of parents with kids ages 5-11 were willing to vaccinate their kids right away, while another third wanted to "wait and see." The figures represented a slight uptick in vaccine acceptance among parents of elementary-school-aged kids since July, but they have stayed steady since September.

The CDC director on Thursday emphasized the urgency of getting kids vaccinated, even as the country recovers from an alarming uptick of cases and begins to relax again.

And as America saw during the delta surge, unvaccinated areas will be the most vulnerable if there are future spikes in cases.