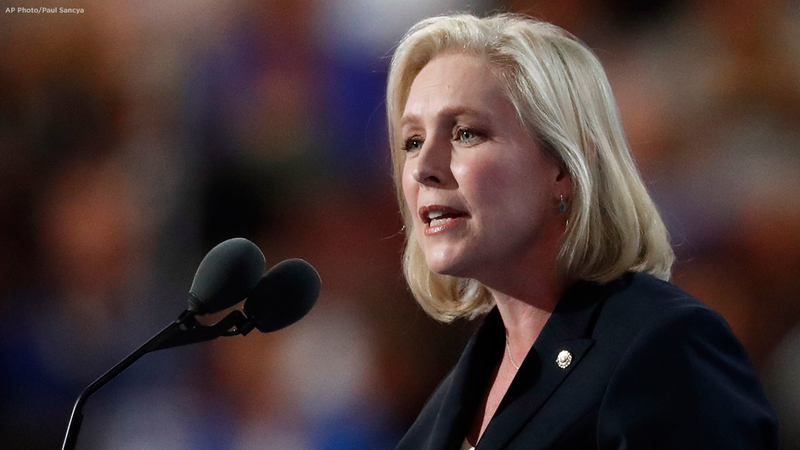 What to know about Kirsten Gillibrand

New York Democratic Senator Kirsten Gillibrand announced on Tuesday night that she is launching an exploratory committee for a 2020 run for the presidency. Here's what to know about her background and career:

Gillibrand was born and raised in upstate New York, where she still lives with her husband and two sons. She attended Dartmouth College and UCLA School of Law before pursuing a legal career that involved later-scrutinized work for tobacco company Philip Morris.

Gillibrand worked for the Secretary of Housing and Urban Development Andrew Cuomo and raised funds for Hillary Clinton's 2000 U.S. Senate campaign. After working as an attorney for several years, she was elected to the U.S. House of Representatives in 2006 and re-elected in 2008.

She held that seat until she was appointed to fill Hillary Clinton's vacant Senate seat when Clinton joined the Obama administration in 2008. Gillibrand was re-elected to the Senate in a 2010 special election and again in 2012 and 2018.

Gillibrand has been among the chamber's most vocal members on issues like sexual harassment, military sexual assault, equal pay for women and paid family leave. But she angered some fellow Democrats in November 2017 when she said former President Bill Clinton should have resigned after his affair with White House intern Monica Lewinsky. She was also the first prominent Democrat to call on her Senate colleague Al Franken to resign after accusations of sexual misconduct from multiple women.

She defended her actions on Jan. 16 after announcing her exploratory committee.

"I just couldn't stay silent," she said, referring to Franken. "My job was not to stay silent. I couldn't defend it, and I had to do what was right. And if some wealthy individuals, that makes them angry, that's on them."

While Gillibrand's forceful advocacy for gender issues could help her stand out in what is expected to be a historically crowded field, she will also face questions about her ideological evolution. Gillibrand first ran for office in 2006, defeating a four-term Republican incumbent in a conservative congressional district, a victory she readily touts today. She was a centrist Democrat who joined the Blue Dogs and had an A rating from the National Rifle Association during her time in the House. She has abandoned many of those early, more conservative positions during her Senate tenure.

Asked to square her past stances with her record today as one of the most liberal members of the Senate, Gillibrand said she would tell voters to "look at my heart" and that "it's important to know when you're wrong, and to do what's right."