Calls for federal prosecutors to take over in police brutality case 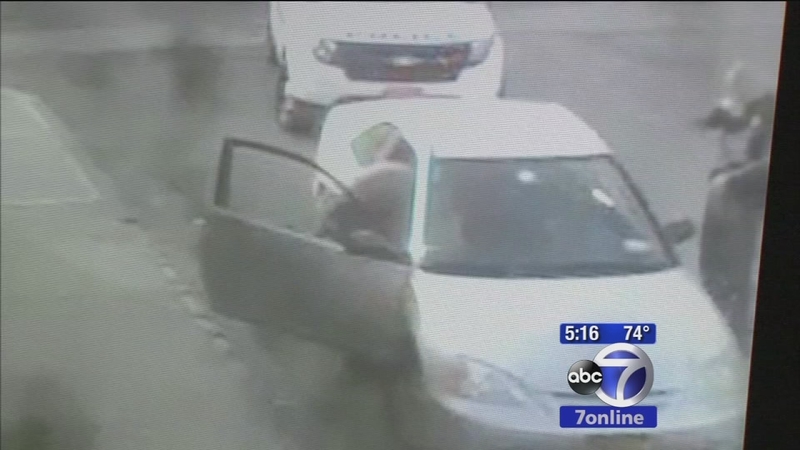 Call for Federal prosecutors to take over in police brutality case

WESTBURY, N.Y. (WABC) -- There are calls for federal prosecutors to take over the case of a man punched and kicked by a police officer.

It was all caught on camera, but now there is even more video and it's raising new questions about what happened during the arrest.

The video you may have seen before showing two Nassau County police officers punching and kneeing Kyle Howell, who they had just pulled over.

But it's what happens afterwards that Howell's attorney says is even more concerning.

It appears that Officer Vincent LoGiudice takes something out of his back pocket, sniffs it and then places it in Howell's car.

"What is he doing? I don't know we could all formulate our own opinion," said Amy Marion, Howell's attorney.

Howell's attorney Amy Marion says no one knows what LoGiudice put in the car.

Or what he took out of his back pocket a short time later and put in an evidence bag.

Howell did admit to having a small amount of marijuana in the car.

Marion says the DA's office has refused to ask the FBI to enhance the video.

"They're just not interested in prosecuting this case as forcefully as they should be as they would be in any case that has this kind of video," Marion said.

That's why Marion is asking that District Attorney Kathleen Rice be taken off the case against LoGuidice and a special prosecutor be assigned.

Marion also showed video today of an EMT responding to the scene and officers closing the car door where Howell was sitting now bloody and bruised.

They then drove Howell around the corner to the waiting ambulance.

The DA's office fired back Wednesday to Marion's claims saying, "These irresponsible and false allegations will not help seek justice in this case and there is no justification for a special prosecutor."

"As far as we're concerned it's not being handled effectively. I think there's a lot more that can be done," said Joan Howell, Kyle's mother.

Howell, who was arrested on April 25, had surgery to repair an injured eye he suffered during the incident. He has said he no longer trusts police officers.

Police allege in court documents they were trying to stop Howell from swallowing a bag of marijuana, and that he kicked and punched police. Howell has claimed he was reaching for his paycheck as it started to fly out an open door when the officers restrained him.