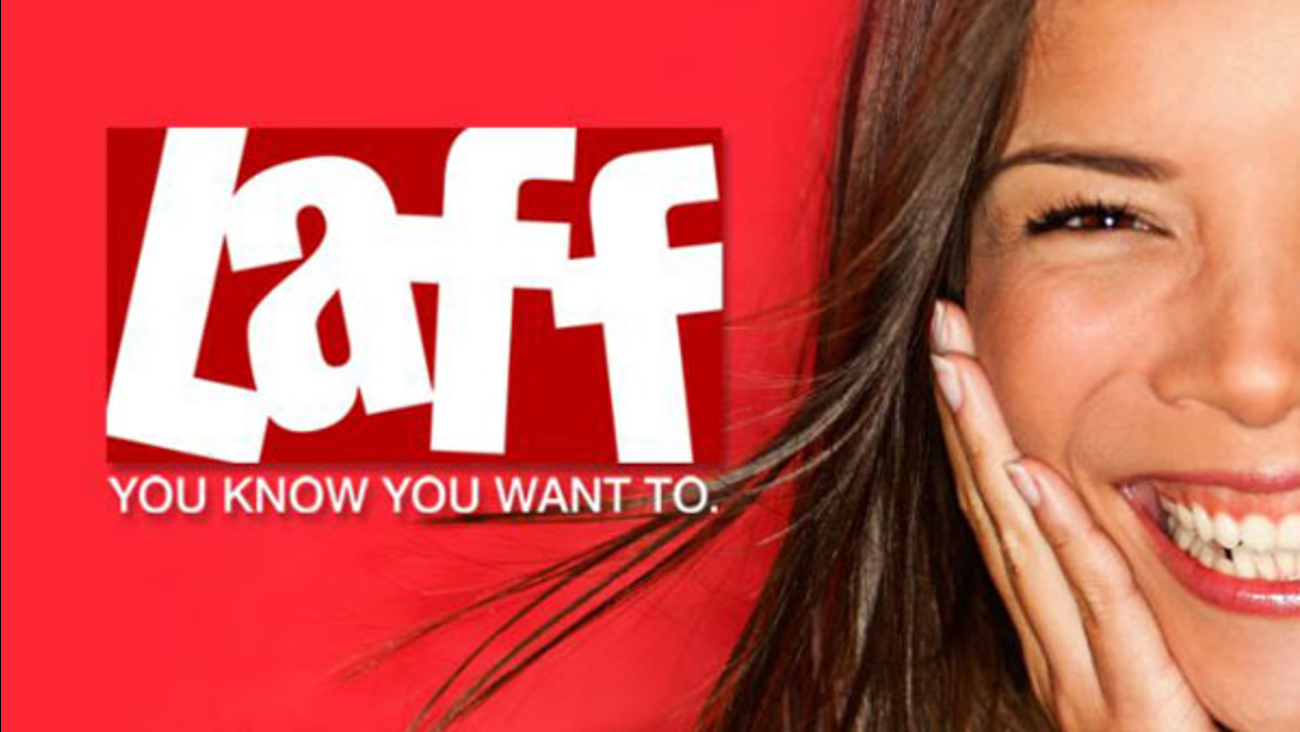 NEW YORK -- Do you love to laugh? Then this is the network for you. The country's first-ever, over-the-air broadcast television network devoted to comedy around-the-clock has launched, and is available on WABC-TV's digital channels.

The LAFF network, from Katz Broadcasting, debuted April 15 and can be found in the New York market on Cablevision channel 108 and on Verizon channel 468.

LAFF features a mix of contemporary off-network sitcoms and popular theatrical motion pictures, like Spin City, Night Court and The Drew Carey Show, as well as comedy movie classics like Splash, This is Spinal Tap and Honey, I Shrunk the Kids.

The LAFF brand will cross multiple platforms, with the linear network carried on the signals of local broadcast television stations and corresponding cable carriage while companion digital content will be available at LAFF.com and via the LAFF app.

LAFF joins GRIT, the first broadcast network targeting men, and ESCAPE, the first over-the-air network designed for women, in the Katz Broadcasting portfolio. Katz Broadcasting was established in 2014 by Bounce TV founder/COO and former Turner Broadcasting executive Jonathan Katz. Katz is President and CEO of the company while also still serving as COO of Bounce TV, the nation's first and only over-the-air television network for African Americans.

The best part is, LAFF will have you LOL-ing no matter what time it is, day or night.

"The ABC Owned Television Stations and E.W. Scripps Company stations are among the strongest players in their DMAs, which include the biggest markets in the country. We are thrilled and proud to have these two preeminent groups as our charter distribution partners for LAFF," commented Katz Broadcasting Chief Distribution Officer Jeffrey Wolf. "We look forward to welcoming more station groups to the LAFF family."