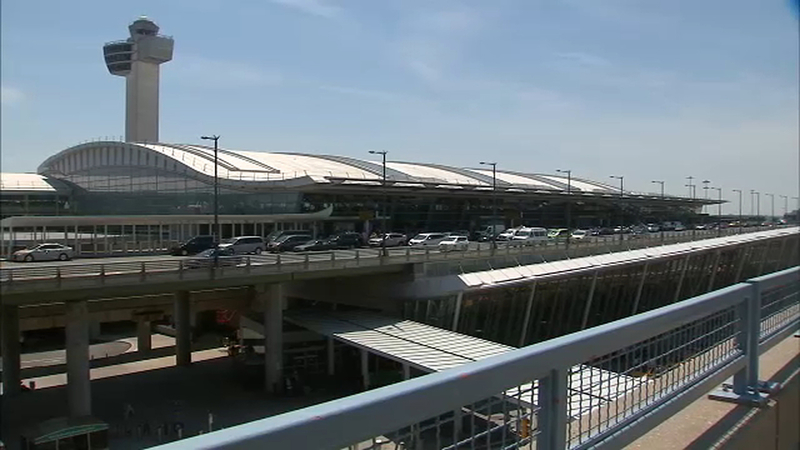 NEW YORK (WABC) -- Plans to build an Air Train to LaGuardia Airport moved forward Monday. It could help millions of people get to and from the airport much easier.

With the stroke of a pen, Governor Andrew Cuomo added the $1.5 billion Air Train to his growing list of mega infrastructure projects:

"I'm not spending a lot of time saying to the public 'trust me trust me', we're just gonna do it and they will see it. And seeing is believing," said Cuomo.

First was a new $4 billion Tappan Zee Bridge, an $8 billion LaGuardia Airport rebuild and now a $1.5 billion Air Train similar to the one at JFK.

Travelers will take either the LIRR or 7 subway train to Willets Point near Citi Field where they can board the Air Train to LaGuardia in what the Port Authority promises to be a quick trip:

"It's 16 minutes on the LIRR, and a six minute ride on Air Train so the traveler will arrive at LaGuardia within a 30 minute trip," said Port Authority Executive Director Rick Cotton.

But some long-time residents near the proposed Air Train say it's a round-about route:

"They're not going to take a train past to go to another train and then go to the airport," said Frank Taylor of the Ditmars Boulevard Block Association.

Members of the association believe express ferry boats or express buses would be much faster and a lot less expensive:

"It's a very short distance to spend $1.5 billion, when you know the city is hurting for money," said resident Marie Gayle.

Residents are relieved that the Air Train will not require acquisition of land through eminent domain since most of the route will be over a public promenade that runs along Flushing Bay.

There is an urgency since the Port Authority knows without better alternatives to get to the airport, a new rebuilt LaGGuardia will choke on its gridlock.

"We have detailed data from taxicabs and hired trips to the airport, we know that peak travel time has increased 30% in the last five years," said Cotton.

If the popularity of the JFK Air Train is any indication, the LaGuardia train could help ease congestion. Last year, more than 7.5 million paying passengers used the Air Train to get to JFK.