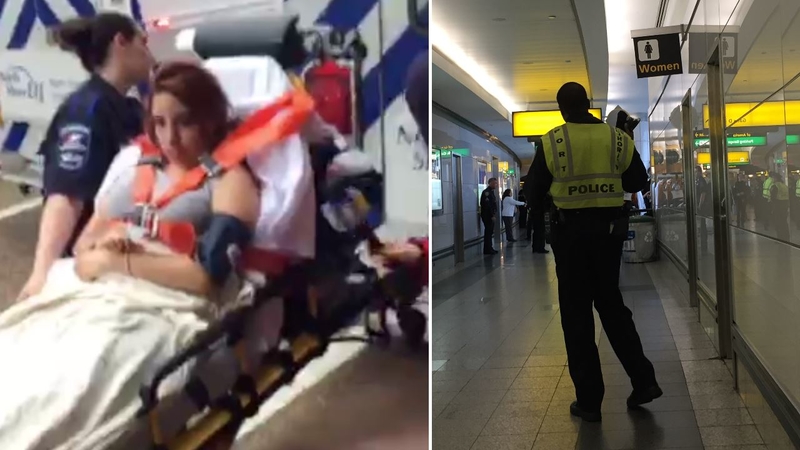 Police said the victim was in the restroom when another woman attempted to take her purse at around 11 a.m. It happened in the departure level in Terminal B in the pre-security area.

A physical altercation ensued before the attempted purse snatcher fled the scene.

The victim sustained scrapes and bruises in the incident. She was taken to the hospital to be checked out.

Here's video of the victim heading out to the ambulance. She said the thief didn't get away with her purse.


Police said they believe the victim and the suspected thief know each other.