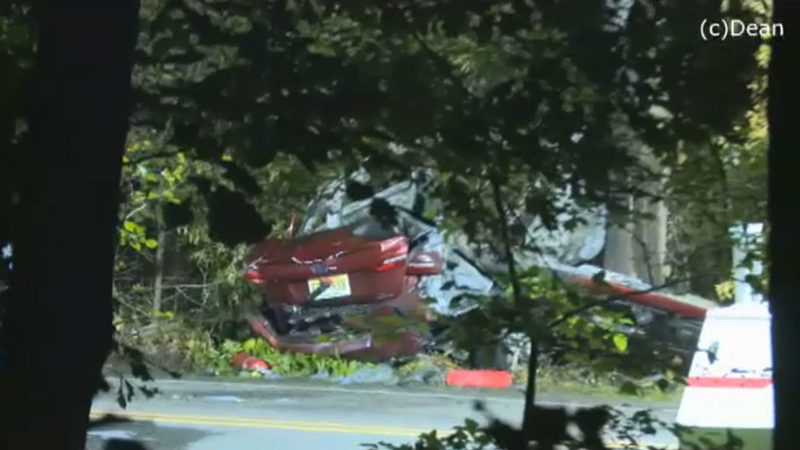 LAKEWOOD, New Jersey (WABC) -- Two people killed in a crash in Lakewood may have been involved in an earlier crime in Toms River, police said.

Officials say a Toms River police officer attempted to pull a vehicle over Thursday night after suspecting it was connected to a shooting earlier in the day.

Police say after the driver ran a red light, the officer stopped attempting to pull him over. By the time the officer caught up to the vehicle, it had struck a pole and caught fire near Massachusetts Avenue and Cross Street just before 9 p.m.

The driver was later identified as Rynell Bennett, 29, and the passenger was said to be a 16-year-old from Gloucester, New Jersey.

The Ocean County Prosecutor's Office is investigating the incident.