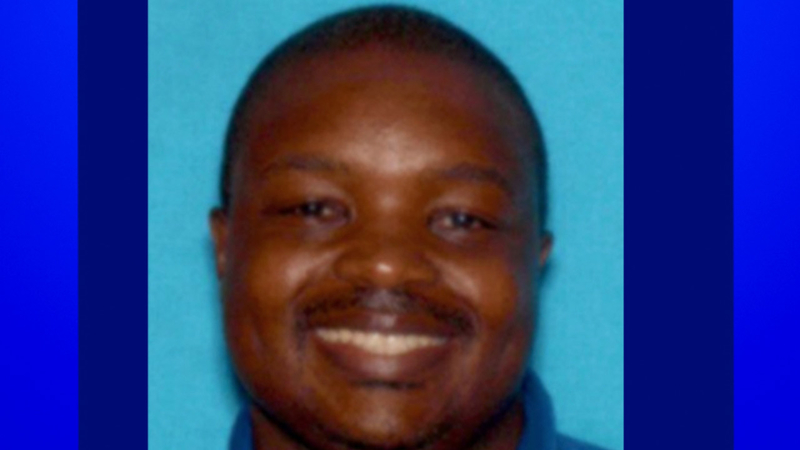 NEWARK, New Jersey (WABC) -- The suspect wanted for a 2014 murder in New Jersey has been added to the FBI's list of Ten Most Wanted Fugitives, FBI officials said Thursday.

Stephenson is being sought for his alleged involvement in the murder of a woman and her dog on October 17, 2014. He should be considered armed and dangerous.

Officers arrived at the location and did not see any signs of forced entry into the apartment. EMS units arrived at the scene, where the victim was pronounced dead before being transported to University Hospital.

The cause of death for Olga DeJesus, as well as the dog, was found to be asphyxiation.

Stephenson was charged with homicide by the state of New Jersey in Essex County on November 3, 2014.

A federal arrest warrant was issued on September 8, 2017, by the United States District Court of New Jersey charging Stephenson with homicide, and he is believed to have fled the jurisdiction to avoid prosecution.

He has not been seen in New Jersey since around the time of the murder and has ties in North Carolina, Virginia and South Carolina. Stephenson is a United States citizen and has no overseas connection.

"Stephenson has been charged with a violent murder which took a woman from her family," said Gregory W. Ehrie, special agent in charge of the FBI's Newark Field Office. "We are pleased to see him added to the FBI's list of Ten Most Wanted Fugitives, and we urge anyone with information related to this horrific crime to come forward. We will not rest until Lamont Stephenson is located, captured, and brought to justice."

Stephenson is further described as follows: 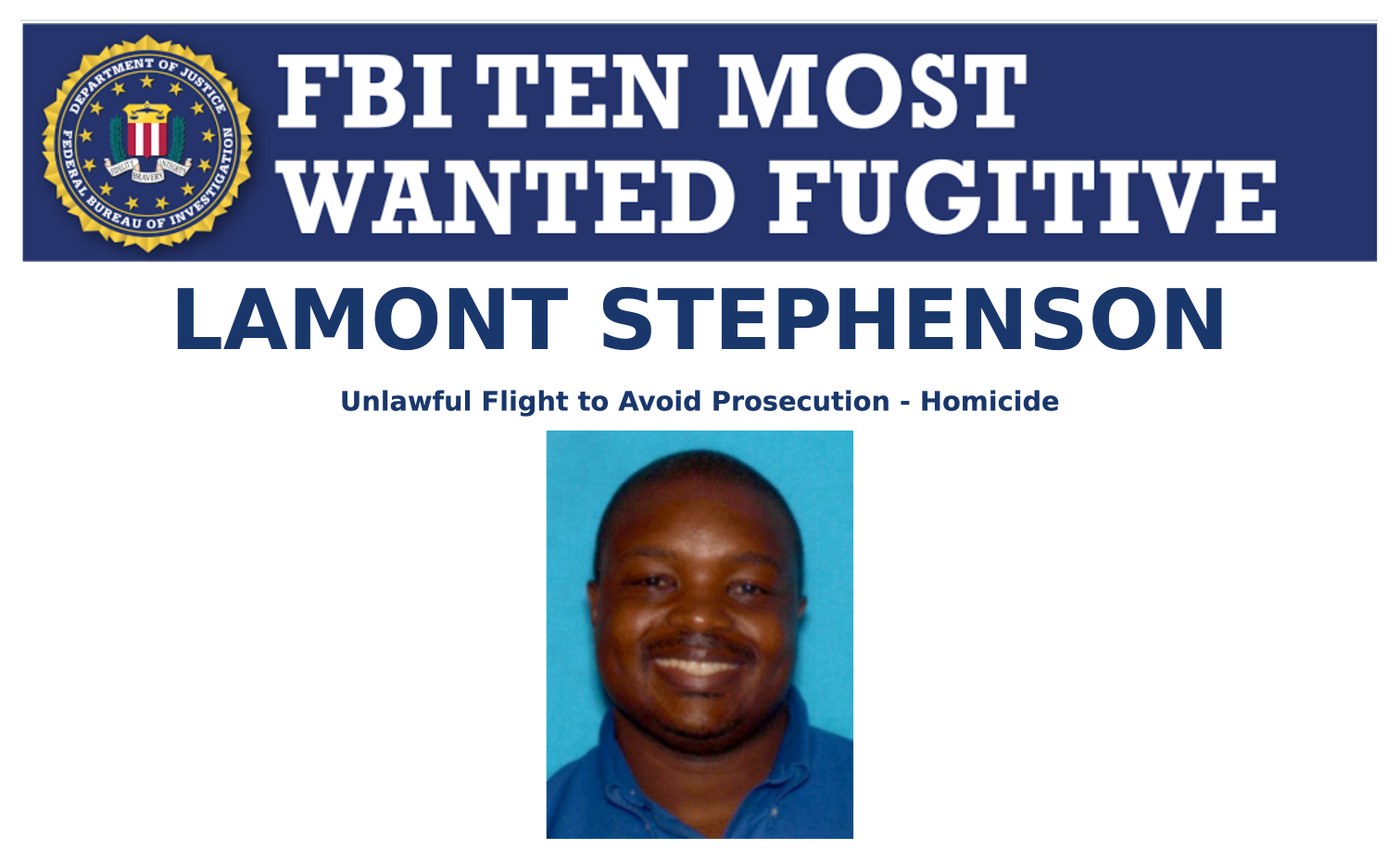 The FBI is offering a reward of up to $100,000 for information leading directly to the arrest of Lamont Stephenson. Anyone with information concerning Lamont Stephenson should take no action themselves, but should immediately contact the nearest FBI office or local law enforcement agency.

Individuals calling from outside of the United States should contact the nearest U.S. Embassy or Consulate. Additional information concerning Stephenson, including his wanted poster and the FBI's list of Ten Most Wanted Fugitives, can be found by visiting the FBI's website at fbi.gov/wanted.