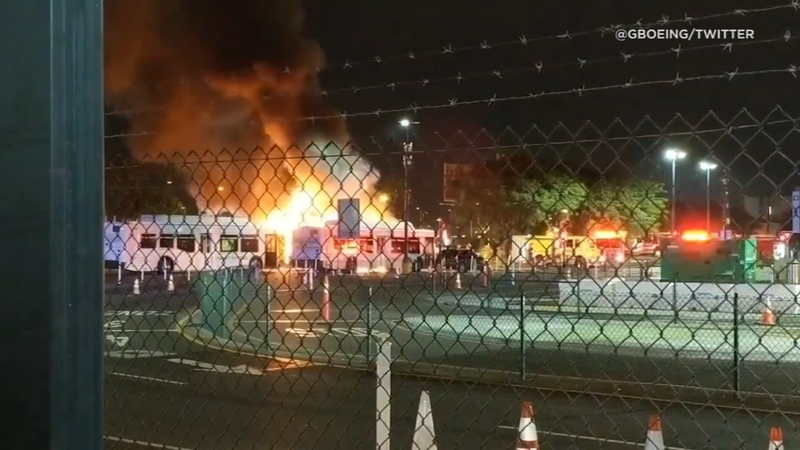 Shortly after 9 p.m., LAX Airport said on its Twitter account that "there is a significant fire emergency at the LAX-it lot. Emergency responders are on scene. More to come. No immediate reports of injuries."

Thick black smoke was seen spewing from the buses, two of which were completely destroyed.

A fire erupted aboard one of the propane-powered buses after a mechanical or electrical issue. Flames quickly spread to a second bus before jumping to a third.

There were no reports of injuries. An investigation is ongoing.

Traffic around the airport was snarled, with congestion on roadways into the major travel hub during the holiday rush.

More than 115 million Americans are expected to hit the rails, roads and skies throughout the holidays, making this one of the busiest travel weekends of the year.