Brother, sister reunite at LAX after being separated in parents' divorce more than 30 years ago 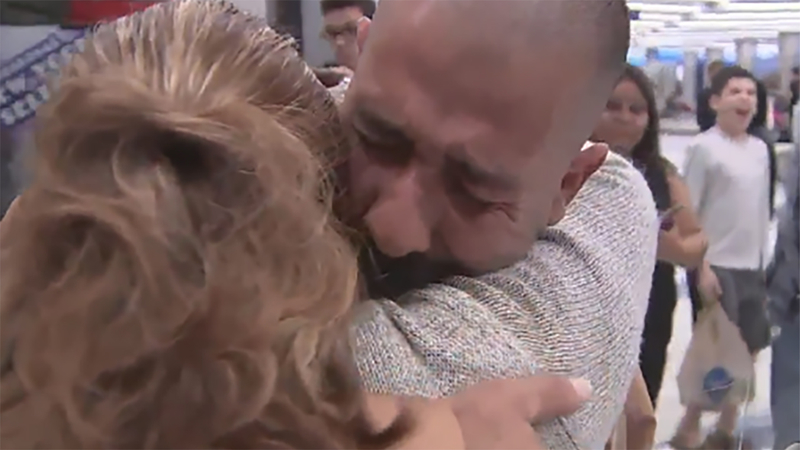 Brother, sister reunite after being separated years ago

LOS ANGELES -- In an emotional Thanksgiving Eve reunion at Los Angeles International Airport, a brother and sister embraced for the first time since their family was split apart by divorce more than three decades ago.

When the siblings were just children in 1984, one went to Mexico with their mother and the other stayed in the U.S. with their father.

The brother and sister were unable to communicate with each other until Wednesday evening.

At the time of the divorce, Guillermo Rivera's mother was somehow unaware that she was granted custody of her children. She was undocumented, so when her ex-husband told her to take their daughter to Mexico, she went.

"Every single day, every single holiday, I cry and I think about them," Guillermo Rivera said of his mother and sister.

He embraced his sibling, Patricia Salazar Rivera, after she stepped off an escalator at the airport.

"I can't believe it," she said tearfully, adding that she had thought she would never see her brother again.

The reunion was made possible through the help of a private investigator who found Patricia Salazar Rivera in Houston.

Sadly, their mother had passed away during the siblings' time apart.