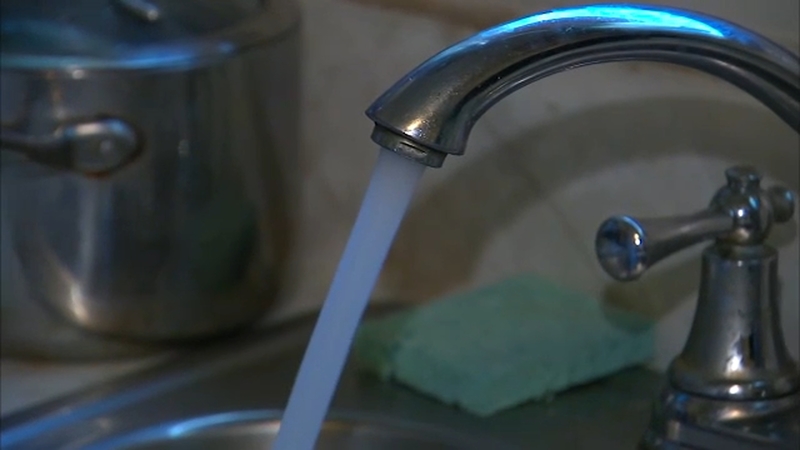 NEWARK, New Jersey (WABC) -- Preliminary testing of new water filters suggests they are working as hoped to get rid of lead from Newark's aging pipes.

Mayor Ras Baraka said Monday that 97% of the PUR filters distributed by the city are working as expected.

Baraka also said the filters are 99% effective if water is first run for at least five minutes.

The recommendation is Newark residents can use the previously distributed city filters, but the city will continue to offer free bottled water to those affected.

It remains unclear why 3% of the filters failed.

"This is not a victory lap," Newark Mayor Ras Baraka said. "It is good news in a long and arduous task to make sure we have good, clean drinking water."

The city of Newark, the state DEP and Federal DPA tested 300 filters and collected 1,700 samples.

Newark residents are ready for this crisis to be over. Several months ago, it was determined the filters were not stopping the high levels of lead from getting into the drinking water. Due to Newark's aging pipes, homes in the Pequannock and Wanaque treatment areas tested positive for high lead levels.

The federal government stepped in and ordered the city to hand out bottled water to affected residents. So far, Newark has handed out 70,000 cases of water.

Meanwhile, the city is now hard at work replacing some 18,000 lead lines to the homes of Newark residents for free.

Initially, Newark officials thought this could take years, but with everyone's cooperation, this massive $120 million replacement project could be completed in months.

"We are encouraged by these preliminary testing results and are relieved to know that there is no widespread failure of filters issued by the City of Newark, but aging water infrastructure is a state and national problem that demands leadership at every level of government," Gov. Phil Murphy said.