Lemur stolen from California zoo located at nearby hotel 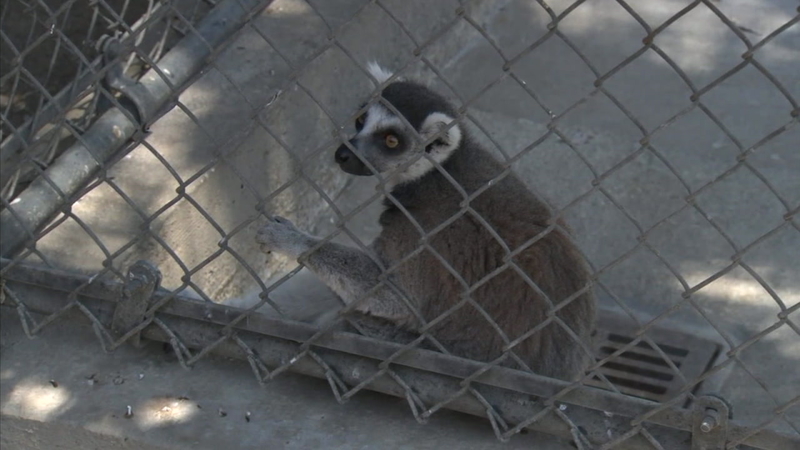 SANTA ANA, California -- A lemur stolen from a California zoo last weekend is back in captivity.

According to police, someone stole a ring-tailed lemur named Isaac and released two monkeys onto Santa Ana Zoo property by using bolt-cutters to slice through the outer perimeter fencing and the fencing of two primate enclosures.

Someone cut through the outer perimeter fencing of the zoo to steal the lemur.

Police said someone dropped off a plastic crate containing Isaac at the Newport Beach hotel. A note left on the crate indicated that the lemur was property of the Santa Ana Zoo.

A note left on the crate indicated that the lemur was property of the Santa Ana Zoo, police said.

Isaac, 32, is the second-oldest ring-tailed lemur in North America. He's also on the endangered species list, making the theft a federal crime.

The motive for stealing Isaac remains unclear, according to police.

Zoo staff was able to recapture the other escaped monkeys and said it plans to review security procedures.