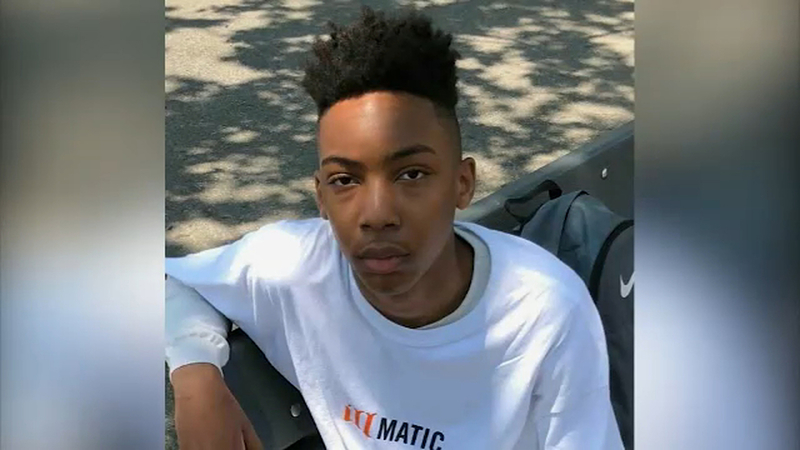 FLUSHING, Queens (WABC) -- A 16-year-old boy collapsed and died during basketball practice at a school in Queens Wednesday afternoon.

It happened around noon at John Bowne High School in Flushing.

Authorities say Lenny Pierre went into cardiac arrest and was rushed to New York Presbyterian Hospital Queens, where he was pronounced deceased.

"This tragic loss occurred during a regular basketball practice," a Department of Education spokesperson said. "Staff responded to a medical emergency and swiftly contacted EMS. A full investigation is ongoing."

"Great guy. Very sweet," said Lenny's mother Edna Georges. "He listens. Doesn't give you any trouble for a teenager. I had a good one. Had. God."

Even during winter break, the basketball team was practicing when the teen passed out. Coaches told his mother they attempted CPR but despite their best efforts on the court along with the medics in the ambulance and doctors in the ER, there was nothing anyone could do.

"My sweetheart, my sweet son," said his mom about the suden loss of her first-born. "Never went to the hospital with him, he wasn't allergic to anything, under no medication, healthy as you could. No. I'm not here. I'm not here."

"I am heartbroken to hear of Lenny Pierre's passing," Mayor Bill de Blasio said in a statement. "As a parent, and as a father of student athletes, I can only imagine the pain and sorrow being felt by Lenny's family, loved ones and classmates. On behalf of 8.6 million New Yorkers, I extend out deepest condolences. We will be with this family now and in the future as we mourn the loss of one of our city's children."

Pierre was a junior. The team's next scheduled game is January 3 at Springfield Gardens High School. It is unclear at this time if any games will be postponed.

"This was a tragic loss, and my heart is with this student's family, team, and school community. We will provide additional guidance counselors and support to this school community for as long as it is needed, and we are working with NYPD and agency partners as they conduct a thorough investigation."