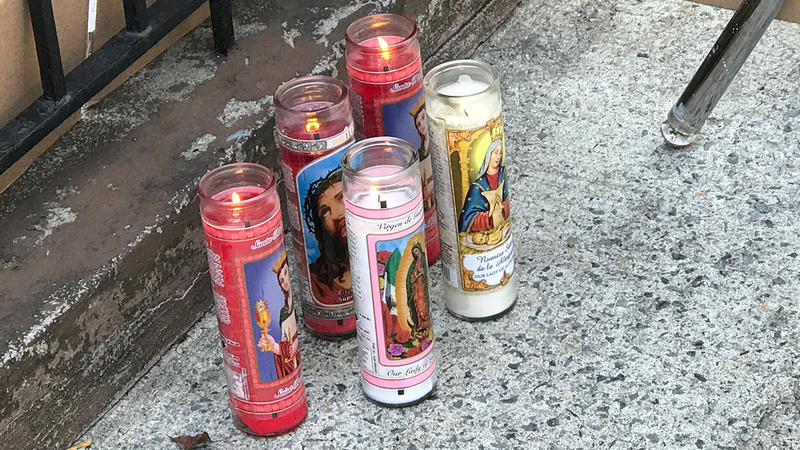 BEDFORD-STUYVESANT, Brooklyn (WABC) -- The 22-year-old son of an aide to Brooklyn Borough President Eric Adams was fatally shot Sunday afternoon, and another man was injured.

It happened around 4 p.m. at Hancock Street and Spencer Place in Bedford-Stuyvesant, and authorities say at least one of the victims was chased.

Arriving officers found Lester Jack unconscious and unresponsive with a gunshot wound to the torso. He was rushed to Interfaith Medical Center, where he was pronounced dead.

Jack's mother is a senior adviser to Adams.

"A member of our Brooklyn Borough Hall family has lost one of their own," Adams said in a statement. "We share in mourning the life that gun violence tragically claimed yesterday afternoon in Bed-Stuy. I am as resolute as ever to combat this epidemic that has deeply hurt so many of us."

Businessman Reginald Swiney had hired Jack as an intern in a youth program back when he was a teenager. He heard of the shooting and was disturbed to learn Jack was killed.

"Lester was a good man, just like all of our young men," he said. "He was a great kid. He was willing to learn. Unfortunately, he lost his life here."

A 29-year-old man was also shot in the buttocks and was conscious at the scene. He was transported to Kings County Hospital by EMS and is listed in stable condition.

There are no arrests at this time, and the investigation is ongoing. No motive has been determined.

The shooting also took place dangerously close to a playground. Parent Rodney Salvador was working out there Monday and said there would have been numerous children there over the weekend.

"The summertime, things are happening," he said. "You never know. You just have to protect yourself and make sure you are alert."