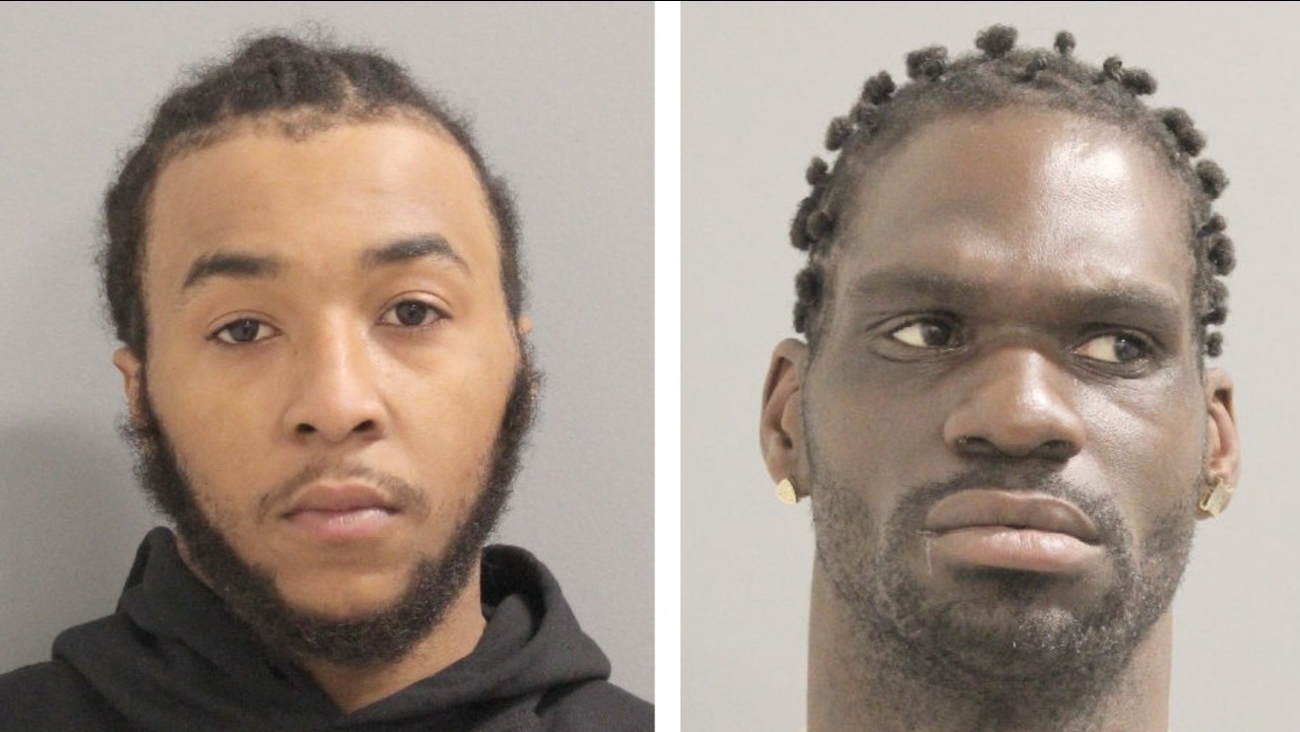 LEVITTOWN, Nassau County (WABC) -- Two Long Island men are under arrest and facing several charges after allegedly stealing from a Staples store, hitting a worker, and leading police on a chase.

It happened on Tuesday at 10:35 a.m. at the Staples in Levittown.

Police say Justin Davis, 21, and Barrington Gray, 33, who live together, were inside the Staples store on Hempstead Turnpike.

They allegedly attempted to leave the store with a printer and an office chair they didn't pay for.

A 41-year-old female store manager confronted the pair, and one of the men hit her in the head with the printer box. She suffered a minor head injury.

They apparently dropped the printer after hitting the manager, got in their gray Mitsubishi with the chair and drove off.

Nassau County police spotted the vehicle driving on Hempstead Turnpike and followed it onto the Southern State Parkway.

Officers say that the vehicle stopped, but then both men jumped out of the vehicle and ran away.

Gray, the passenger of the vehicle, was apprehended and placed into custody.

While attempting to place Davis into custody, he struck the arresting officer causing him to sustain a cut to his ear.

He again fled and was eventually placed into custody by assisting officers who located him in a nearby sump.

Davis is charged with second-degree robbery, second-degree assault, and aggravated unlicensed operation of a motor vehicle in the third degree.

Gray is charged with second-degree robbery.

Both are due in court in Hempstead later Wednesday to answer to the charges.