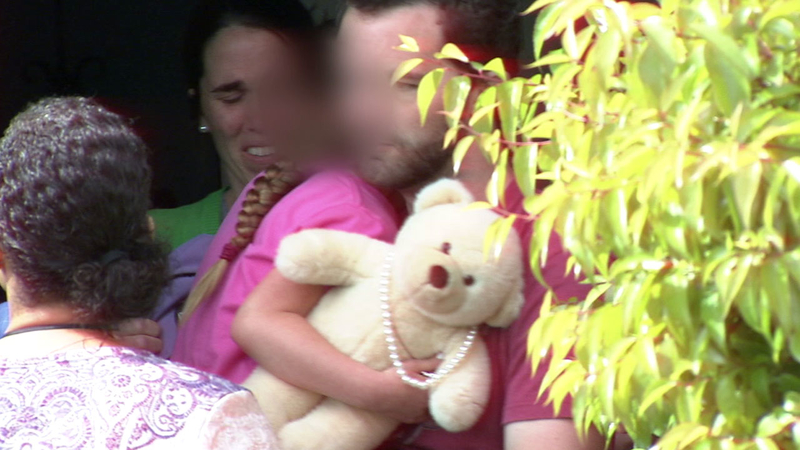 LOS ANGELES -- A California family appealed Tuesday to the state's highest court in their fight to keep a 6-year-old foster child who was removed from their home after a lower court said her 1/64th Native American bloodline requires that she live with relatives.

The family's lawyer, Lori Alvino McGill, filed the request for the California Supreme Court to hear the appeal.

McGill also requested that custody of the child named Lexi be returned to Rusty and Summer Page until the appeal is decided.

The Pages have fought efforts under the federal Indian Child Welfare Act to place Lexi with relatives of her father, who is part Choctaw. The Pages argued that Lexi has lived with them since the age of 2 and considers them her family.

However, a court found that the Pages have not proven Lexi would suffer emotional harm by the transfer.

The Pages have three children and want to adopt Lexi, who was 17 months old when she was removed from the custody of her birth parents. Her mother had substance abuse problems, and her father had a criminal history, according to court records.

Dozens of cases involving foster families have gone to court around the country after the Indian Child Welfare Act was passed in the late 1970s.

Lawmakers found that Native American families were broken up at disproportionately high rates, and that cultural ignorance and biases within the child welfare system were largely to blame.

Lexi cried and clutched a stuffed bear on Monday as Rusty Page carried her out of his home near Los Angeles and Los Angeles County social workers whisked her away in a waiting car.

"How is it that a screaming child, saying, 'I want to stay, I'm scared,' how is it in her best interest to pull her from the girl she was before that doorbell rang?" Rusty Page told KNX-AM radio.

A crowd of friends and neighbors wept, prayed or sang hymns.

Under the transfer, Lexi will live with a Utah couple who are not Native Americans but are related by marriage to her father.

The girl's sister is living with the couple, and another sister will be living down the street, said Leslie Heimov of the Children's Law Center of California, Lexi's court-appointed legal representatives.

"The law is very clear that siblings should be kept together whenever they can be, and they should be placed together even if they were not initially together," Heimov told the Los Angeles Daily News (http://bit.ly/1pYtXlg ).

She said Lexi and the Utah family had traded messages and had monthly visits during the past three years.

"She has a loving relationship with them," Heimov said. "They are not strangers in any way, shape or form."

The National Indian Child Welfare Association said in a statement that the Pages were aware for years that the girl was an American Indian but chose to "drag out litigation as long as possible, creating instability for the child."

The Choctaw Nation said it "desires the best for this Choctaw child."

In 2015, the Bureau of Indian Affairs issued guidance on implementing the Indian Child Welfare Act - clarifying that tribes alone are responsible for determining who is a member.

Wenona Singel, a law professor at Michigan State University, said membership requirements vary among tribes, with some being more restrictive than others.

"The issue is not what degree of Choctaw ancestry a child has," Singel said. "Rather the issue is whether the child is a citizen of the tribe in question or eligible for citizenship."

Singel is a member of a tribe in Michigan.

There is still considerable disagreement over the application of the law and whether it serves children's best interest, said Ralph Richard Banks, a professor at Stanford Law School.

Once a child is placed with a Native American family, it is highly unlikely that the decision would be reversed, he added.

"It would be fairly extraordinary for an appeals court to reverse that," he said.

The following statement reflects the Choctaw Nation's position on the case of Lexi.

We appreciate the concern for Lexi and want to assure everyone she is in a safe, loving home with her relatives and her biological sisters.

The Choctaw Nation has advocated for Lexi to live with her family since 2011. These relatives have been a part of Lexi's life for almost five years. They are not strangers,

They have maintained a relationship with her, visiting her in California, making regular SKYPE calls, and Lexi has also been on extended visits to Utah. The family has been waiting for five years for all of them to be together.

Foster care is a much-needed temporary service provided for children until the child can be returned to the care of his or her family. Placement with family is the gold-standard of any child-custody case, not just a case involving tribal children. The Pages were always aware of this goal.

Many steps have been taken by the Choctaw Nation to ensure the best placement of Lexi. An independent clinical psychologist was brought in to gauge her ability to transition from the foster home to her relatives. The California court appointed a marriage and family therapist to perform a child custody evaluation to assess the mental health and parenting practices of both parties. The experts along with Lexi's long-time individual therapists, her social worker and her attorney, all agree it is in her best interest to be with her relatives. The foster family understood this. All children, not just Native children, do better with caring relatives.

The case was decided in the California court system three separate times, with three different trial court judges ruling in favor of Lexi's relatives in Utah. We, as a tribe, are required to follow federal law. The foster family filed appeals three times to keep Lexi, delaying the reuniting of Lexi with her relatives.

Lexi's safety and wellbeing are the Choctaw Nation's paramount concern.
Her family will provide her a safe, stable and nurturing home to grow up with her sisters and to have contact with her extensive extended family.

Please respect the privacy of Lexi and her family.

What happened yesterday should never happen, to any child. A happy, thriving six-year-old girl was forcibly removed from the people she knows as her parents because of a terribly misguided interpretation of a federal law that was designed to keep families together, not tear them apart. We are appealing the decision, and we have asked the state Supreme Court to step in and halt this hasty change in custody before it causes irreparable harm. We will continue to expeditiously pursue our appeal through the state courts in California, and, if necessary, to the U.S. Supreme Court. In the meantime, our clients hope that the family in Utah will follow through on their promise to keep Lexi in contact with her family in Los Angeles.

There is a healthy debate going on in this country about whether the Indian Child Welfare Act is on balance a good thing, or not, as a policy matter. But this case shines a bright light on the ways in which the law in its current form is routinely being misinterpreted, with devastating consequences for families and children. The result here is all the more senseless because placing Lexi with her non-Indian extended family members does nothing to further ICWA's purpose of keeping children connected to their tribes.

Remember that LA County placed this little girl in foster care with our clients after she had suffered two years of neglect and abuse. The Utah family had never met Lexi at that time; and the tribe agreed there was good cause to depart from ICWA's placement preferences. Since then, Lexi has celebrated four birthdays with the Page family. She has woken up in their home every Christmas morning she can remember, and she has grown up over the past four years with three siblings who are her best friends and playmates. Our clients have been the only consistent source of love, nurturing, parenting, and protection she has received her entire life.

Reading ICWA to demand this tragic result is inconsistent with Lexi's constitutional right to stability and permanence-- a right recognized by the California Supreme Court more than twenty years ago. And applying ICWA to children who had no prior connection to any tribe raises grave equal protection concerns, as the US Supreme Court recognized in 2013, in Adoptive Couple v. Baby Girl. The bottom line is that children subject to ICWA are second-class citizens, by law. They do not get the same best-interest-of-the-child standard that applies to all other children. 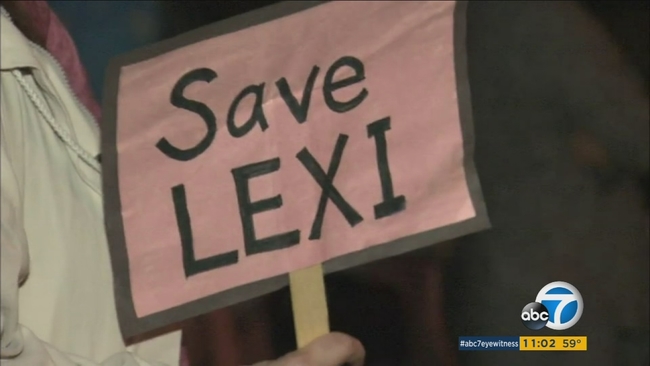