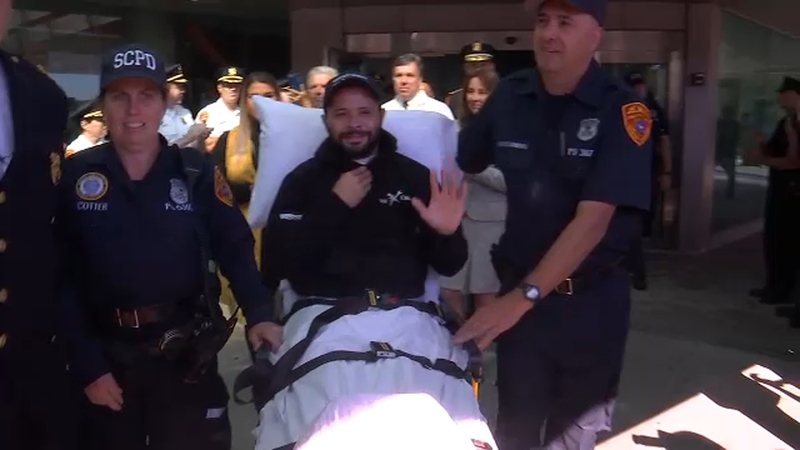 STONY BROOK, Long Island (WABC) -- A Long Island police officer seriously injured in a fatal crash with a drunk driver has been released from the hospital.

Members of the Suffolk County Police Department were on hand as Long Island Police Officer Christian Vidal was released from Stony Brook Hospital during a press conference Friday morning.

Officer Vidal, who had spent nearly a month in the hospital recovering from a fatal crash with a drunk driver, was transferred to a rehabilitation facility for the rest of his recovery.

The crash that left Vidal seriously injured occurred on September 1, when the officer, driving northbound on 5th Avenue in Bay Shore, collided head-on with a southbound vehicle that had veered into the northbound lanes.

The driver, who police say was drunk, was killed. Officer Vidal suffered a pelvic fracture and hip dislocation and had to be airlifted to Stony Brook University Hospital.

Long Island Police Officer Christian was met with a sea of blue as he left the hospital after he was critically injured in a crash.