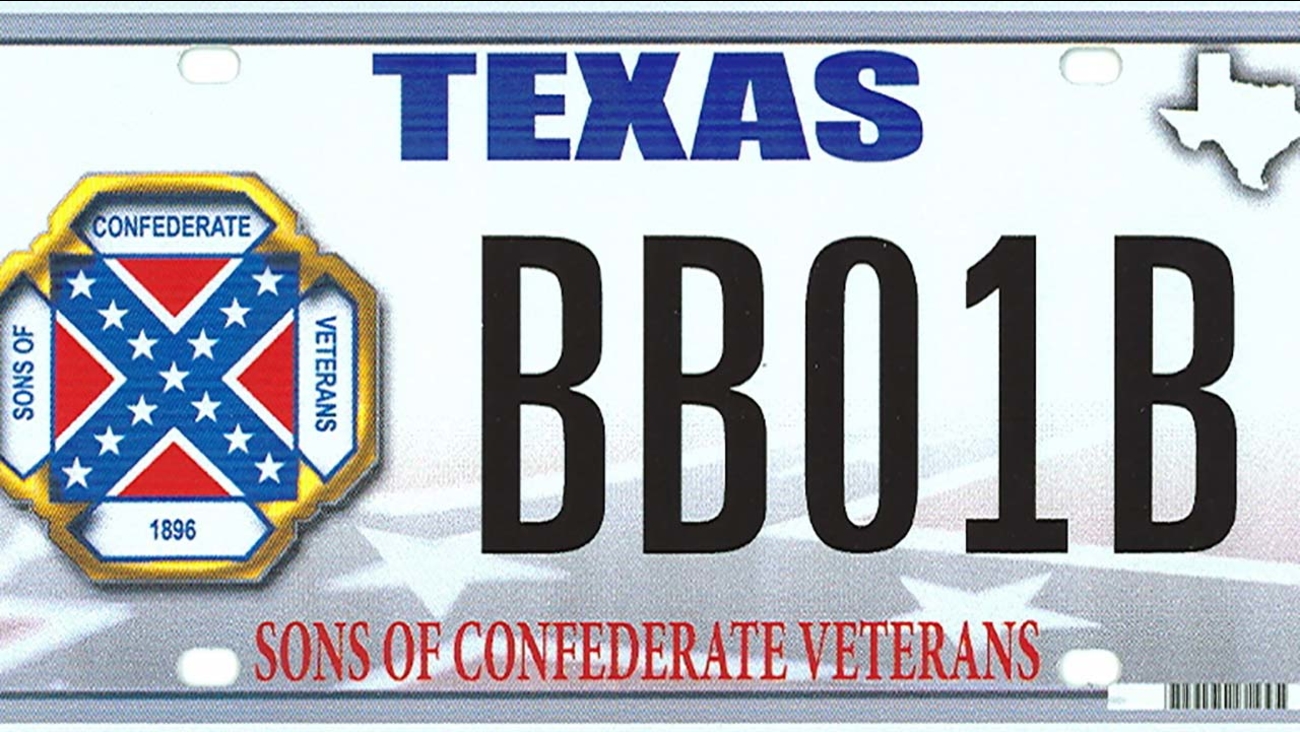 WASHINGTON -- The Supreme Court is weighing a free-speech challenge to Texas' refusal to issue a license plate bearing the Confederate battle flag.

Specialty plates are big business in Texas, where drivers spent $17.6 million last year to choose from among more than 350 messages the state allows. The Texas Department of Motor Vehicles says nearly 877,000 vehicles among more than 19 million cars, pickup trucks and motorcycles registered in Texas carry a specialty plate.

But a state motor vehicle board turned down a request by the Texas division of the Sons of Confederate Veterans for a license plate with its logo bearing the battle flag, similar to plates issued by eight other states that were members of the Confederacy, as well as Maryland.

The justices are hearing arguments Monday over whether the state violated the group's First Amendment rights.

Texas commemorates the Confederacy in many ways, but it says that putting the battle flag on license plates would offend many Texans who believe the flag is a racially charged symbol of repression. The same image is etched on a century-old Civil War monument on the grounds of the state Capitol in Austin.

"In a free society, offensive speech should not just be tolerated, its regular presence should be celebrated as a symbol of democratic health - however odorous the products of a democracy may be," Hentoff, O'Rourke and others said in a brief backing the group.

The case could be important for how the Supreme Court determines whether the speech at issue belongs to private individuals or the government.

Texas' main argument to the Supreme Court is that the license plate is not like a bumper sticker slapped on the car by its driver. Instead, the state said license plates are government property, and so what appears on them is not private individuals' speech but the government's. The First Amendment applies when governments try to regulate the speech of others, but not when governments are doing the talking.

Even if the court disagrees that license plates are government speech, the state said its rejection of the Sons of Confederate Veterans license plate was not discriminatory. The motor vehicle board had not approved a plate denigrating the Confederacy or the battle flag so it could not be accused of giving voice to one viewpoint while suppressing another, the state said.

The ACLU suggested the court view license plates as a mix of private and government speech. For example, drivers who seek a personal touch and buy the specialized plates know the government has approved their issuance.

Eleven states are supporting Texas because they fear that a ruling against the state would call into question license plates that promote national and state pride and specific positions on such controversial issues as abortion.