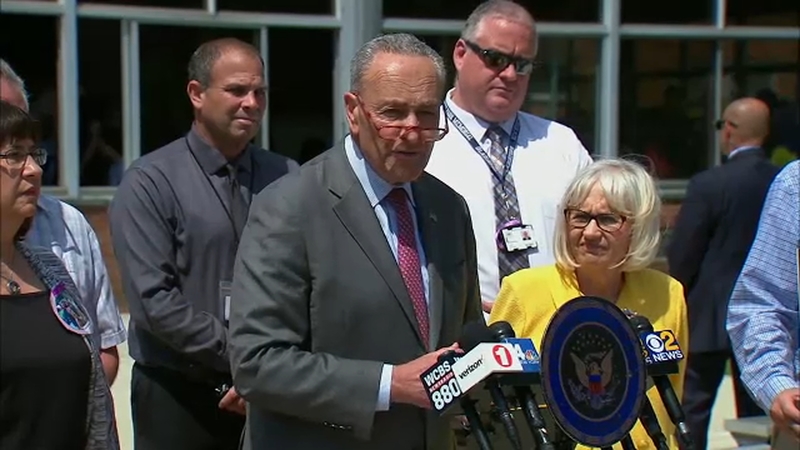 NEW HYDE PARK, New York (WABC) -- With prom and wedding season in full swing, there was an urgent call on Long Island Monday for the federal government to toughen up safety regulations for the limousine industry.

Parents of victims from two deadly crashes in New York joined U.S. Senator Chuck Schumer (D-NY) to demand the reforms be made a priority.

The plan calls on the National Transportation Safety Board (NTSB) to prioritize and advance specific safety measures by listing them on its "Most Wanted List."

Schumer said gathering more data from limo crashes and noting the need for specific reforms to enhance safety - including seatbelts, airbags and inspections - will spur federal authorities to expedite the kinds of changes needed to make these vehicles safer.

Schumer was joined at Monday's news conference in New Hyde Park by families whose lives have been impacted by two limo crash tragedies.

The most recent, in which 20 people died, happened last October in upstate New York.

The other, a horrific limousine crash in Cutchogue, Suffolk County, killed four young women back in July 2015.

The families say they are still waiting for safety reforms to be enacted.