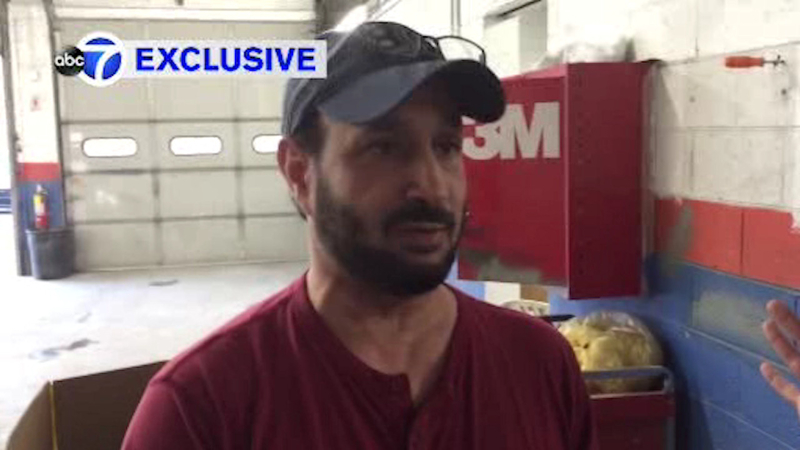 He says he cannot believe that this was the guy. Bains saw the Chelsea bombing suspect literally asleep in the vestibule of his bar, Merdie's Tavern.

He said he looked at him like there's no way, this guy who looks like the guy I've been seeing on the news all morning, could it be the man? So he called police.

"The police pulled his gun? And the guy is on the vestibule on the ground?" Eyewitness News Anchor Michelle Charlesworth asked.

"This guy is going for his gun or something because he's going toward this, and that's when the cop pulled the gun. That's when he shot twice," Bains said.

"You are the hero. You're the guy who found the most wanted in America right now," Charlesworth said.

"No, I'm not hero. Usually it has happened a couple times, I go and confront people, and I start yelling at them, what the hell you guys are doing in front of my bar? But today, I don't know what happened. I just spoke to him nicely and it was my gut reaction. Something told me 'You go call the police,'" Bains said.

He said, "What can I tell you, when you see something, say something."

He said he didn't tell the police he thought it was the suspect, and now he sort of wishes he had because as soon as he heard the shots fired, he was worrying about the police officers.

He shrugs off being called a hero. Bains said he's always checking out things in the neighborhood that don't look right. This guy did not look right and he just called police.