NJ Burkett has the latest on the LIRR accident in Westbury.

WESTBURY, Long Island (WABC) -- The repairs on the Long Island Rail Road are now complete after hundreds of feet of track were damaged in Tuesday's deadly crash.

The Port Jefferson and Ronkonkoma branches have resumed service in both directions, days after two trains slammed into a car that had driven around the gate crossings, killing three people inside the vehicle.

Video showed crews hauling away the derailed train early Thursday morning, a process that took more than 24 hours because they had to first cut away the concrete platform.

A witness told police that the driver who caused the deadly crash by going around the lowered gate was fleeing the scene of an earlier fender bender, a police official said Wednesday.

"The witness said that individual was involved in an accident and went around the gate," Nassau County Police Commissioner Patrick Ryder said.

The victims were identified as Jesus Hernandez, Saul Martinez, and Miguel Luna, who worked at a local grocery store where friends and coworkers made a small memorial.

Surveillance video showed the three men at a barbershop after work Tuesday, before they got into their SUV. Later, they were hit by two oncoming trains heading in opposite directions at the School Street crossing.

Engineers say the intersection is dangerous and that there were plans to eliminate the grade crossing and have cars travel underneath instead.

"I know there's been other discussions, can you do something more definitive that blocks the crossing definitively," LIRR President Phillip Eng said. "I think all of that is something we put on the table and continue to look at. There's other new technology that we'll investigate."

The derailment of the westbound train was captured on surveillance video by a camera at Universal Taxi, across the street from the Westbury station.

The first train is seen leaving the station from right to left. It strikes the SUV out of view before the westbound train drags the SUV from left to right, then derails, hurtling into the station platform at high speed. 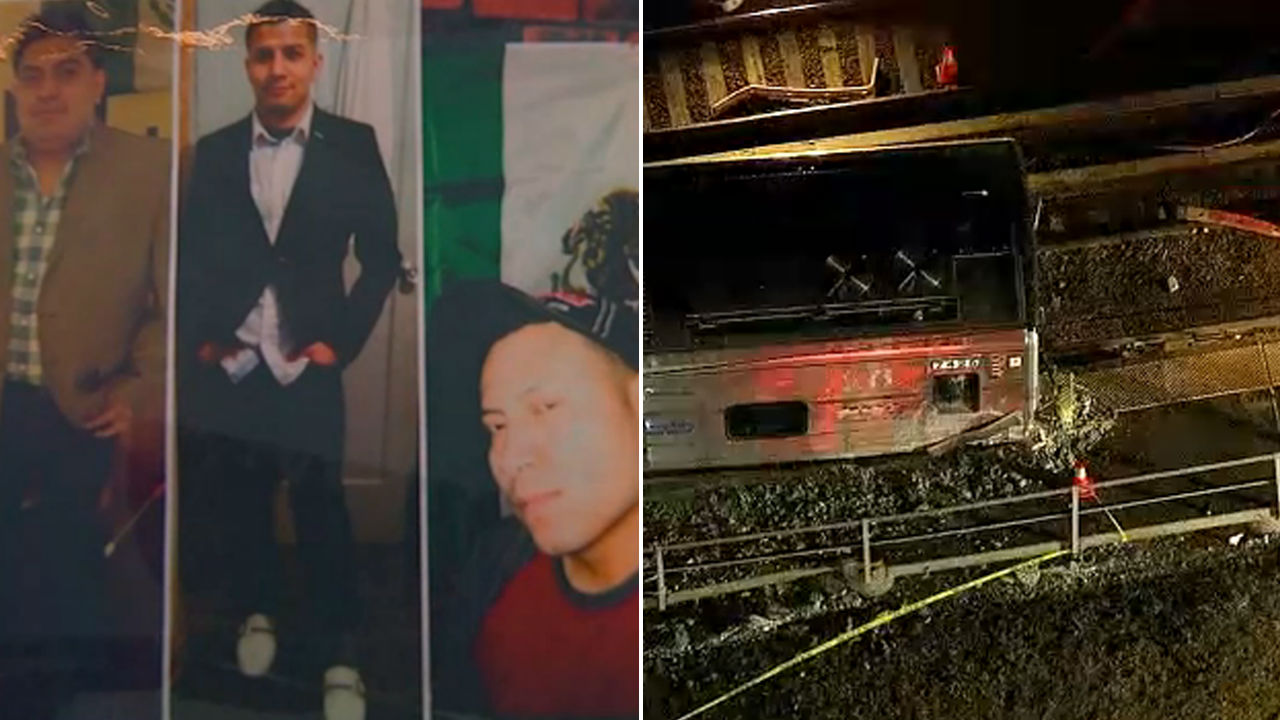