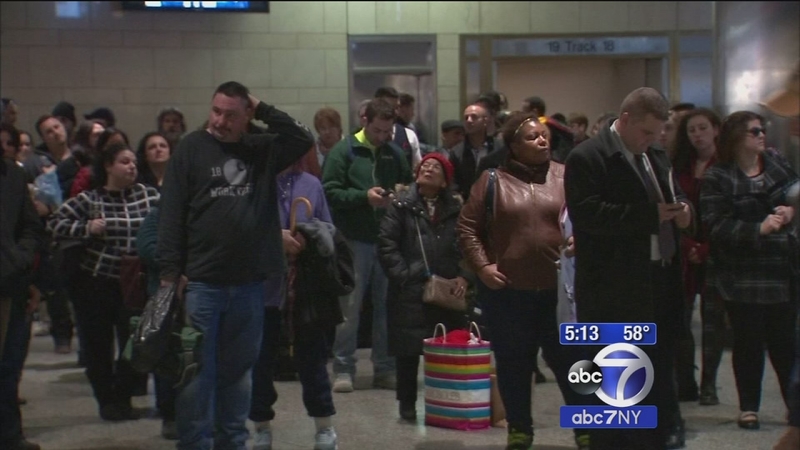 Is there a reason for all of the LIRR delays and cancellations?

NEW YORK (WABC) -- If you have been frustrated riding the Long Island Rail Road, you have good reason. For the third year in a row, on-time performance has dropped, now down to 91.6 percent. And it comes at a time when the railroad is carrying a record number of riders.

MTA officials insist the incidents are attributable to a number of factors, including many that are out of their control, including flooding and derailment. Additionally, there are ongoing infrastructure projects, such as the East Side Access that will eventually link the LIRR with Grand Central Terminal. Passengers, though, don't want excuses.

The mad dash to the tracks is familiar for LIRR regulars, but also all too familiar these days is the wait for trains that arrive late or not at all.

"The last year or so has been tough," rider Stuart Kitain said.

"It seems lately like they're always late or they're canceling a lot of trains," LIRR customer Nicole Alleyne added. "Or they're just really crazy."

In fact, according to the LIRR's own annual operating report, on-time performance is down across the board. The number of canceled trains is up from 843 in 2014 to 1,260 last year. That's a 40 percent increase.

Arena insists those numbers are greatly affected by events that are out of the rail road's control, like bad weather or the plane that made an emergency landing right on the tracks last summer, as well as on-going improvements to the system.

"There are a lot of major construction projects going on the railroad, too, which also influences on-time performance," he said. "But it really is a promise for the future that service could get better."

But some riders say promises about the future aren't enough. They're demanding improvements now.

"There are times it's very frustrating," rider Fitzroy Elliott said. "And you wonder if they couldn't do better."

The LIRR Commuter Council also weighed in on the report.

LIRR officials insist that they hear that frustration loud and clear and that they are working to improve performance at all times. But they say these projects will accomplish that, and they urge riders to remain patient.