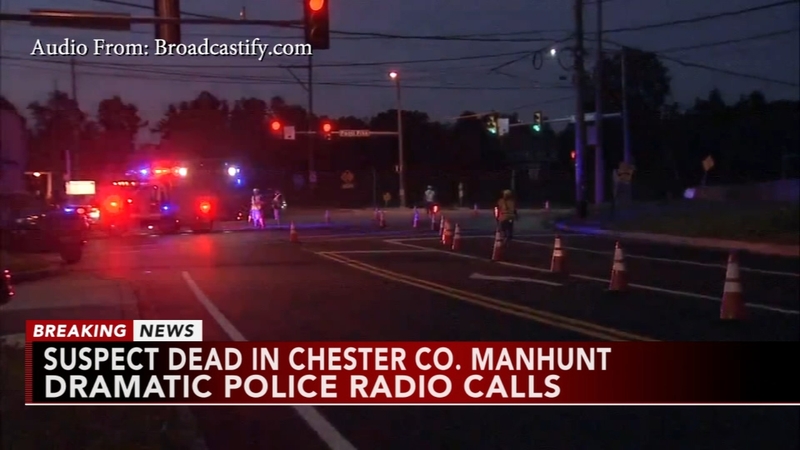 Police said 59-year-old Bruce Rogal was found dead after he allegedly murdered his parents and attempted to shoot his ex-wife in Pennsylvania, according to police. Rogal was apparently upset that his ex-wife was awarded the family home in their divorce.

Around 1 a.m., hours after authorities said Bruce Rogal murdered his parents, he led police on a chase in a 2002 silver Honda Odyssey.

"The subject is running from his vehicle," the scanner audio says.

Police said Rogal returned to the very street where he earlier shot at his ex-wife, crashing the van into a home.

"The vehicle has crashed. I'm trying to get a location. He crashed," the audio continues.

A helicopter hovered overhead, and officers on the ground closed in on the 59-year-old, who was sitting in the van.

Chester County District Attorney Tom Hogan would not confirm whether shots were fired by officers or exactly how the suspect died.

The radio call, however, does say there was an exchange of gunfire between police and the suspect.

Seconds later, officers got a closer look inside the vehicle.

"We have a visual. He's slumped over in the driver's seat toward the passenger's seat," the audio says.

Chopper 6 over the scene of a police search for gunman who fired inside of a West Chester retirement community, September 19, 2018

"The victim is now deceased at this time," the radio call says.

DA: Police searching for man who killed parents at Chester County retirement community, shot at ex-wife as reported by Dann Cuellar during Action News at11 on September 19, 2018. 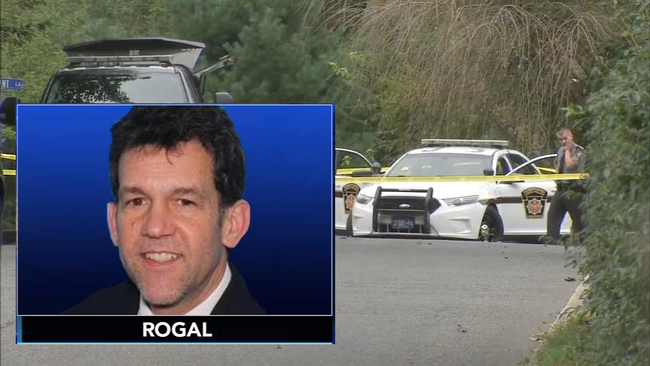