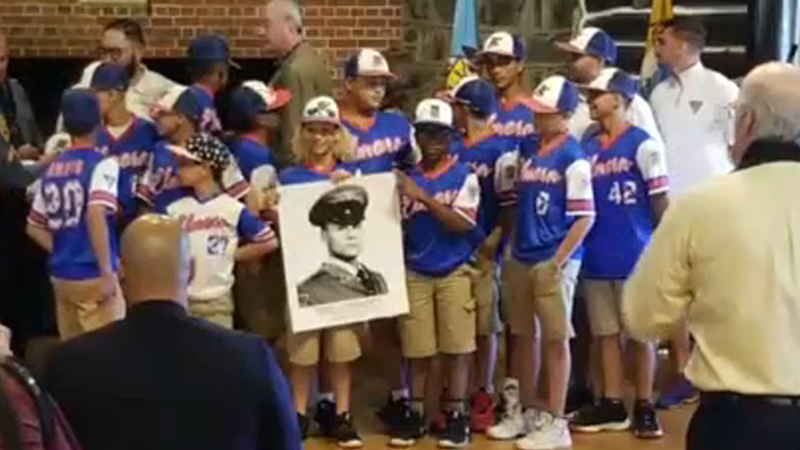 EWING, New Jersey (WABC) -- New Jersey on Thursday honored the team that competed in the Little League World Series after capturing the state and Mid-Atlantic Championships.

Murphy also announced that the state is renaming September 6, 2019 as Elmora Troopers Day.

The team, from Elizabeth, won the New Jersey State Championship and then the Mid-Atlantic Region.

They were one of eight teams across the country to qualify for the Little League World Series, but they were knocked out of the double elimination tournament last week when they were beaten by a team from Louisiana that went on to win the championship.

The Elmora Youth League team is named in honor of Trooper Thomas Hanratty, who was struck and killed during a traffic stop in 1992.

Hanratty played baseball for the league, and players wear a patch with his badge number.