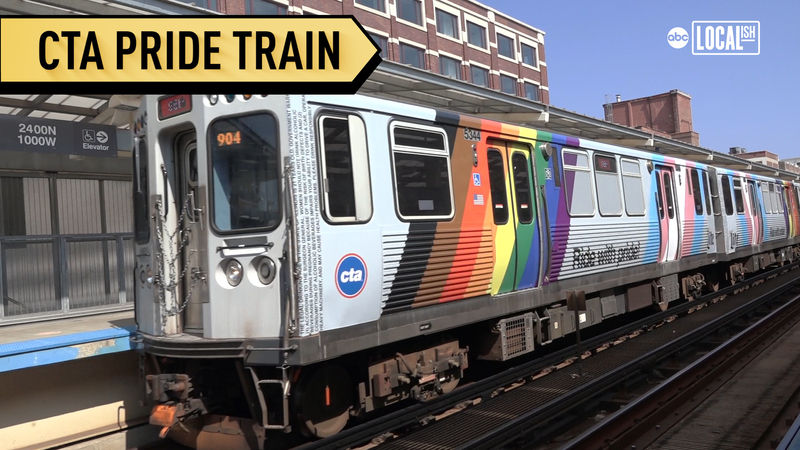 Chicago, Il -- The Chicago Transit Authority has released a new design for their Pride train that celebrates Pride Month. This is the CTA'S fifth year decorating a train in light of Pride Month.

"No matter who you love, no matter who you identify as, whatever community you are a part of, CTA welcomes you and we look forward to having you aboard our system," said Irene Ferradaz, Media Representative for the CTA.

This year, the design includes the "Philly flag" which represents the black and brown communities in the LGBTQ+ community. As transgender issues and rights have moved to the forefront over the last few years, the CTA also included the Transgender Flag that features blue, pink, and white colors. The train wrap is sponsored by Miller Lite.