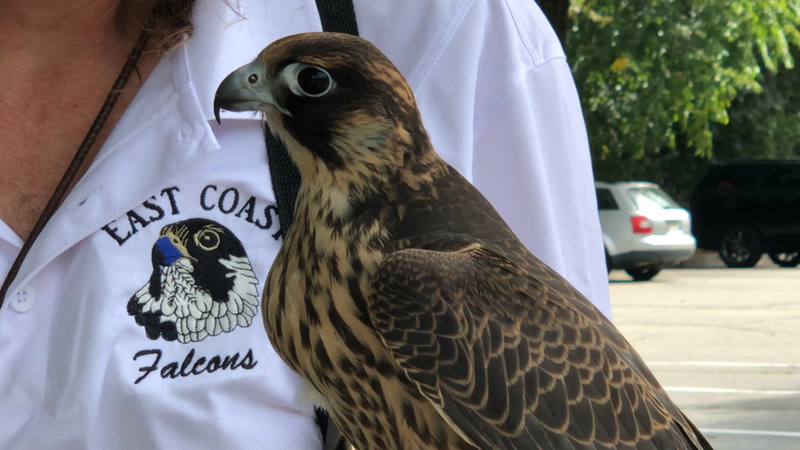 Erik Swanson, the owner of East Coast Falcons, uses trained falcons, owls and hawks to scare off pest birds like seagulls from boardwalks like in Ocean City, New Jersey, where the seagulls have become accustomed to plucking food right off people's hands.

"People don't want to go to that boardwalk because there are so many seagulls attacking them. What we've done there is we have reversed the seagulls from stealing human food to going back to fishing and hunting for clams," said Swanson.

The training process for each bird varies according to their personality and takes approximately 90 days.

Swanson trains them each for an hour every single day until they can determine whether the bird is a chase bird or a hunting bird.

Once the determination is made, the hawks, falcons, and owls are taken on their chase or hunting missions.

Over the years, the reactions to this method have varied. But Swanson is proud to always prove people's misconceptions wrong.

"People who were against us and thought there would be bodies flying everywhere after they got to see the program work and how it worked those people have turned around and said this is a good program and we do support you now," said Swanson.

To hear more about the East Coast Falcons mission, visit their website.