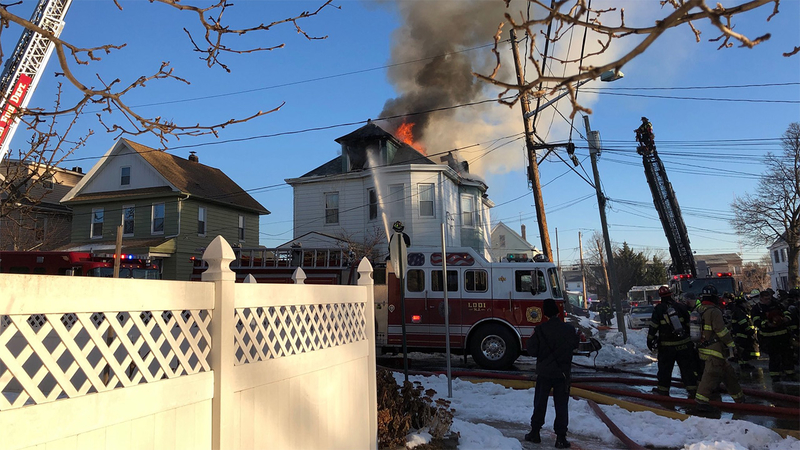 Woman rescued from 2nd floor after fire tears through home

The flames broke out around 7:45 a.m. at a house on Spring Street in Lodi, burning through the roof and sending plumes of smoke billowing into the sky.

The fast-moving fire left residents very little time to get out, but thankfully, no serious injuries were reported. A woman who was rescued from the second floor was hospitalized to be treated for smoke inhalation, but everyone else was able to escape the home.

"I realized there was something wrong, so I looked through my window, and I saw people bashing into the door telling people to get out," one neighbor said.

Firefighters were able to get the intense blaze under control, but the structure suffered a partial roof collapse.

"We had a couple frozen hydrants and some water supply issues due to the weather," Lodi Fire Chief Steven Cassiello said. "We had to pull everybody out and reestablish water supply, re-attack."

Two cats were also rescued from the home.

The cause remains under investigation.