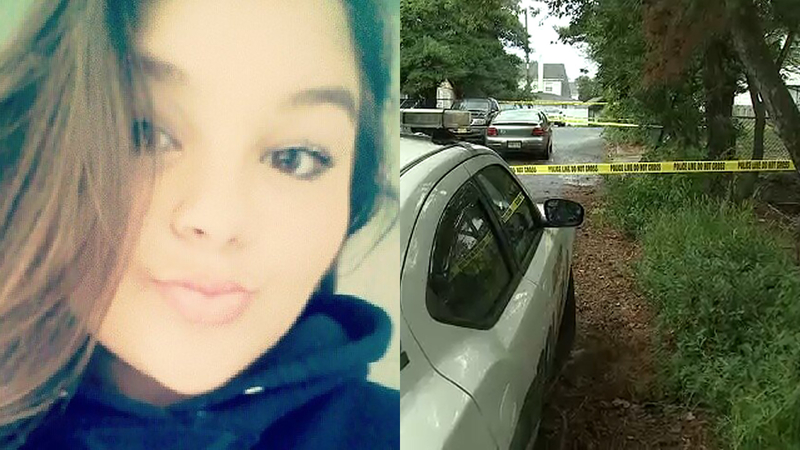 Bryan Cordero-Castro, 20, is charged with murder, weapons possession and attempted escape in the death of Madison Wells.

The teen was killed Saturday on Van Pelt Place in Long Branch.

Authorities say the two knew each other, and Cordero-Castro's friends tell Eyewitness News they had been dating for about a year. A law enforcement source confirms the suspect was living in the U.S. illegally after overstaying a visa.

His friends say he graduated from Long Branch High School last year, and one said he had known him since elementary school.

"I knew him since third grade," friend Leonardo Alvarado said. "It's kind of hard to see him in the court like that and accused of that thing."

If convicted, Cordero-Castro faces at least 30 years behind bars. No motive has been released.

According to her obituary, Wells was born in Long Branch and lived in Florida before moving back to New Jersey in 2014.She had just started her junior year at Long Branch High School.

Her mother passed away in 2014, and she is survived by her father and three sisters.

A wake will be held from 1 p.m. to 5 p.m. Friday at the Fiore Funeral Home, located at 236 Monmouth Road in Oakhurst.

Anyone with additional information about the case is asked to call Detective Wayne Raynor of the Monmouth County Prosecutor's Office at 1-800-533-7443 or Long Branch Police Detective Joseph Spitale at 732-222-1000.