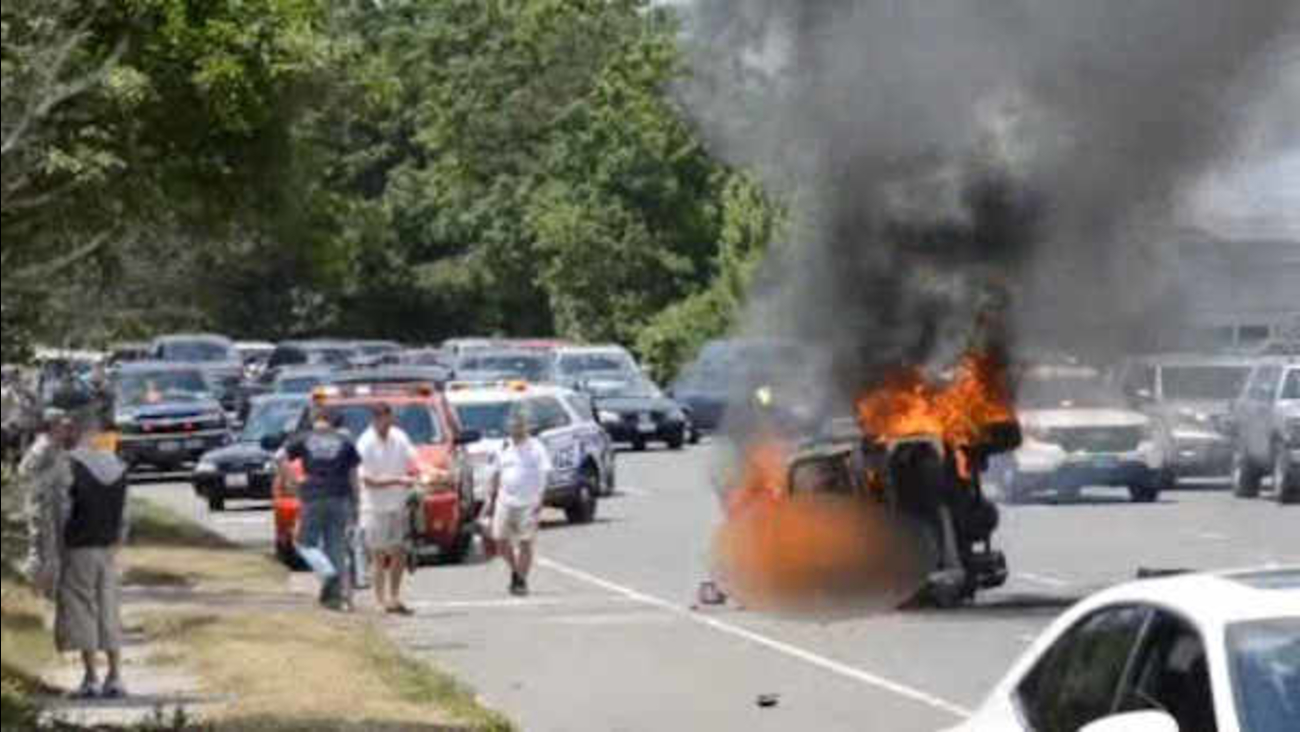 BAYPORT, L.I. -- Police say the 49-year-old man killed in a fiery crash over the weekend in Long Island was a retired NYPD officer.

Newsday reports Michael Schuierer retired from the NYPD in 2010 after 18 years on the job. The NYPD says he worked in Rockaway Beach.

Suffolk County police say the East Patchogue resident was driving east on Sunrise Service Road in Bayport when the rear driver's side wheel came off and he began to lose control of his jeep. It overturned and caught on fire just after noon Sunday.

Police say two bystanders tried to pull Schuierer from the vehicle but were overwhelmed by the flames.

Authorities have impounded the vehicle. The investigation is continuing.