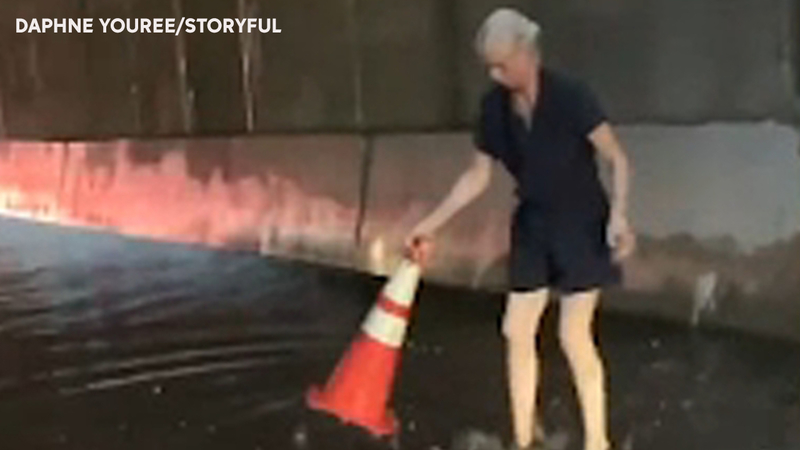 QUEENS (WABC) -- Another round of intense storms left several roadways across the New York area underwater Monday night, and one driver took matters into her own hand in Queens.

Video captured the incident near Francis Lewis Boulevard, where traffic was blocked by a flood waters.

Daphne Youree can be seen using her feet and a traffic cone to hack away at the gunk clogging up a sewer grate under an overpass.

She said she was one of the first drivers to be stopped in the flooding, and she saw the opportunity to help after waiting for about half hour.

As traffic built, another driver suggested someone should go in and try to clear the drain.

"He saw one area where the drains were, but nobody was coming up with a solution how to do it," she said. "And I saw an orange cone, I picked up the cone, and I started digging and digging. And the water was going down, and people were cheering. Not exactly helping, but I'm cool with that because I had it under control."

She said two other drivers eventually did pitch in.

City Council Speaker Corey Johnson responded to her efforts, thanking her for being a good Samaritan and great New Yorker.