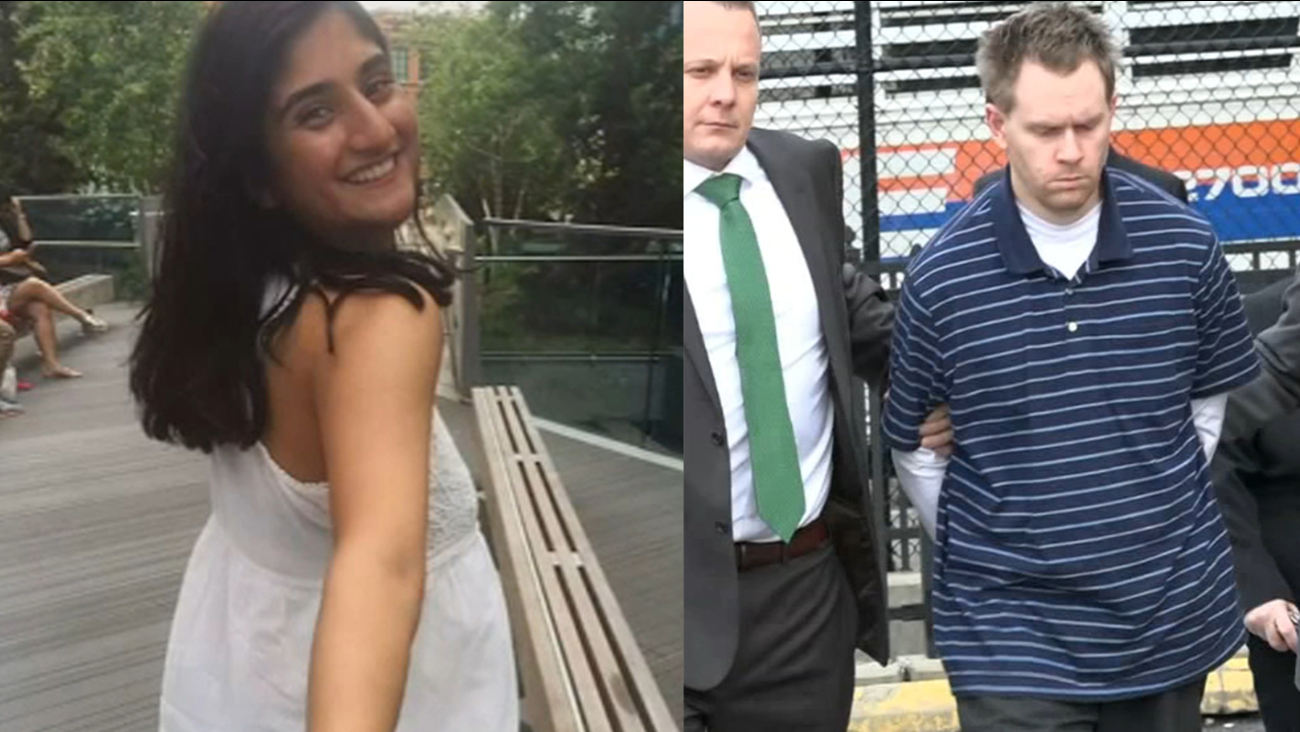 LEVITTOWN, Long Island (WABC) -- A former FDNY EMT has been indicted on manslaughter charges in the hit-and-run death of a woman on Long Island last year.

Authorities say 32-year-old Daniel Coppolo is the man responsible for the death of 18-year-old Taranjit Parmar last November in Levittown.

Police say the tragic series of events began when Coppolo got into a minor fender bender with Parmar as he was leaving a parking lot and onto Hempstead Turnpike.

When she got out of her car to call her mother, Coppolo allegedly began to drive away. That's when he struck Parmar and dragged her through the parking lot and ran her over before fleeing, authorities said.

"Eighteen-year-old Taranjit Parmar was a beautiful, successful student when her life was taken from her after a minor fender bender," Nassau County District Attorney Madeline Singas said. "It is unthinkable that in addition to allegedly driving away with the young woman in the open window and then running her over, the driver fled the scene and left Taranjit to die in the parking lot."

Coppola is charged with manslaughter, assault, leaving the scene of an incident without reporting, tampering with physical evidence, reckless endangerment and reckless driving.