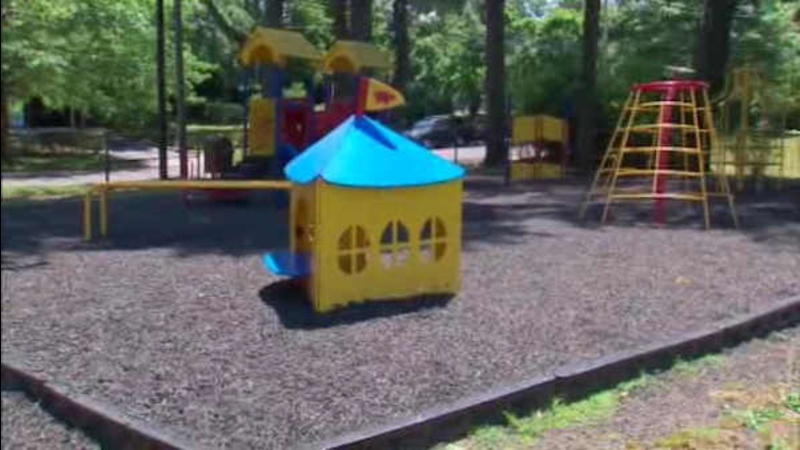 But could the material actually be harmful? One Long Island school district is taking action.

"It's nice to walk on but we don't know what our kids are smelling or breathing," said Sea Cliff resident Mark Doherty.

You know the smell of burning rubber? That's what the playground smells like.

And it's not just that. "It gets on your skin and it turns your skin black and then you have to take a shower after," said Sea Cliff resident Jack Doherty.

The material is known to be toxic. "A number of cancer causing chemicals, a number of endocrine disrupting chemicals these are all in there," said Dr. Ken Spaeth of Northwell Health.

Which is why the North Shore School district on Long Island is removing all of its rubber mulch playgrounds by the fall. Replacing them with wood chips.

"I think there is a real reason to have concerns and to ask questions as to what our risks are and is it safe to be on these," he said.

The concerns about rubber mulch playgrounds have become so numerous that the EPA and the CDC have launched an investigation into whether the rubber is harmful. Their report is expected to be released by the end of the year

"Hopefully we'll have better information to work from in the coming months," said Dr. Spaeth.

In the meantime, the Connecticut state legislature is considering a ban on the use of rubber mulch in children's playgrounds.

In a statement, the Recycled Rubber Council said, "All the available science indicates that recycled rubber is safe. Several state level departments of health have studied recycled rubber and found no reason for concern."