Exclusive: Renowned pastor speaks out about lawsuit against his former Long Island church 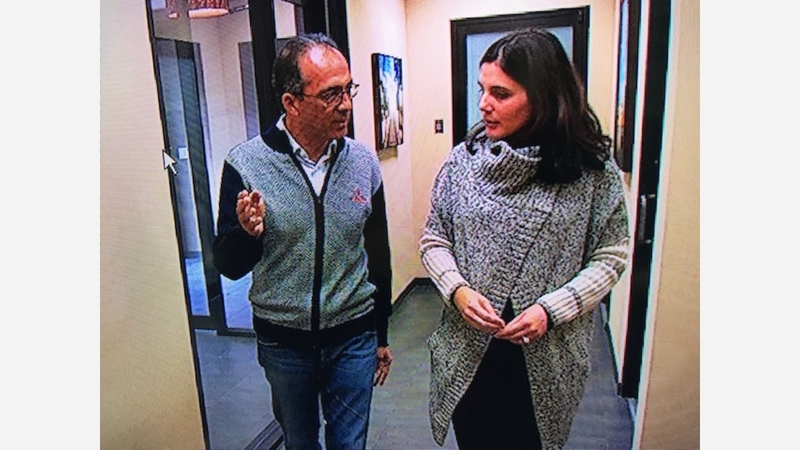 Exclusive: Pastor speaks out about lawsuit against former church

LONG ISLAND, New York (WABC) -- In the years that followed the bias killing of Ecuadorean immigrant Marcelo Lucero on Long Island in 2008, Reverend Allan Ramirez became known as the most outspoken voice for the rights of Hispanic immigrants on Long Island.

Two years ago, Ramirez suffered a major stroke and now struggles to speak. He has mounting medical bills and is fighting to get $75,000 he said he is owed by his former church - the Brookville Reformed Church - where he worked for 30 years.

Eyewitness News reporter Kristin Thorne sat down with Ramirez exclusively to discuss his recovery and his lawsuit against the church.
"Money, money," he said, referring to the money he said he is owed.

A retirement agreement between Ramirez and the church dated June 13, 2012 stipulates the church would pay the Reverend $375,000 throughout a seven-year period. The church paid him $300,000, but then stopped.

"This case is tearing him apart emotionally and physically. It's tearing his family apart and it's just wrong," said William Ferro, Ramirez's attorney.

Ferro explained that $175,000 of the retirement package was raised by Ramirez himself through donations by friends and supporters.

Ferro said the agreement is a contract and Ramirez is owed the full $375,000.

"It's unequivocal, there's really no gray area there, other than the church wants to unilaterally change that agreement," Ferro said.

Church leaders did not return Eyewitness News's calls to discuss the lawsuit. The attorney for the church only said the church has filed a motion to dismiss Ramirez's lawsuit.

The motion said church leaders and Ramirez improperly arranged and signed the retirement package because they failed to get the approval of the governing body for the Reformed Church of America on Long Island.

It also said the court cannot get involved in the dispute because it is an internal church matter. It's unclear when the court will rule on the motion to dismiss.

Nan Coffey used to be the vice-president for the church and was the original signatory on the retirement agreement.

She said when Ramirez received a letter in December 2015 informing him the church would not be paying the full retirement amount, she tried to get church leaders to change their minds. She was no longer vice-president at the time.

"I went right to the minister and we had a conversation, and I tried several times to get them to reconsider," she said.

Coffey said soon after 50-75 congregants protested at a December 2016 congregational meeting, they received letters informing them they were no longer considered active members of the church. Coffey and others have now formed their own congregation called the Old Brookville Church.

Eyewitness News reached out to the pastor of the Brookville Reformed Church, Vicky Eastland, to ask her about why the congregants were dismissed, but she did not return our calls.

For Ramirez, he said the entire situation is a slap in the face for the 30 years of service he gave to the church.