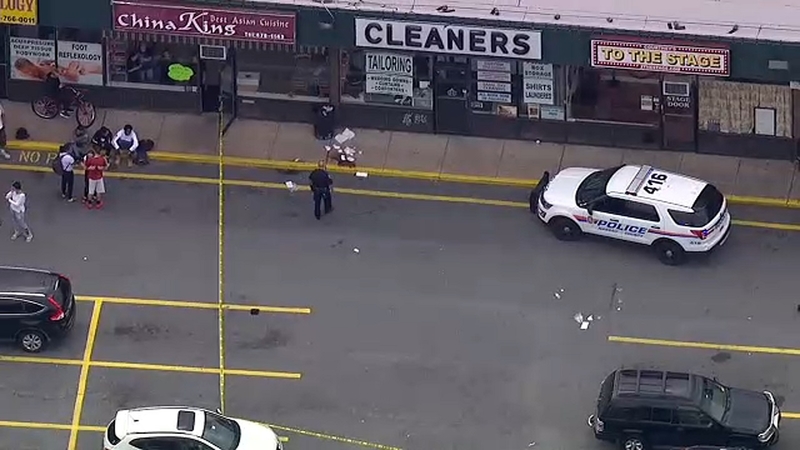 OCEANSIDE, Long Island (WABC) -- A teenager was stabbed in an after-school brawl at a strip mall on Long Island Monday.

It happened just before 4 p.m. in front of Bagelville in Oceanside, a short distance from Oceanside High School.

Police say the brawl involved as many as 50 teens from two different groups. Police believe it was a fight over a girl.

A 16-year-old was stabbed multiple times in the chest and is in critical condition. An 17-year-old suffered a broken arm during the melee.

Police are searching for multiple suspects from different schools. Video on social media which clearly shows who was involved is being used as part of the investigation.

"We believe this was a targeted incident. We do have persons of interest that we're looking for," said Det. Lt. Stephen Fitzpatrick of the Nassau County Police Homicide Squad.

Police say all the witnesses are cooperating. They are all students.

It is unclear whether the incident is gang-related.