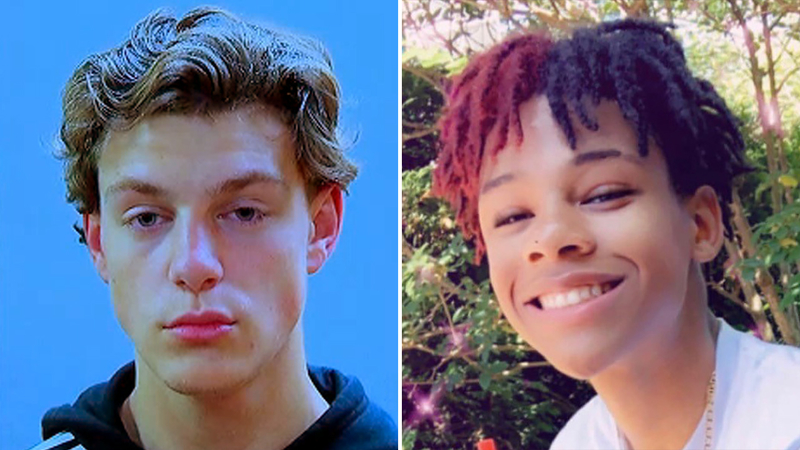 OCEANSIDE, Long Island (WABC) -- The man arrested in the deadly stabbing of a 16-year-old boy on Long Island pleaded not guilty at his arraignment.

Tyler Flach, of Lido Beach, appeared in court at 2:00 p.m. in Hempstead on second-degree murder charges. He faces 25 years to life in prison if convicted.

The confrontation, involving as many as 50 teens, is believed to be part of an on-going dispute over a girl and was likely pre-arranged.

"(Flach's) in his particular crew or group that he hangs out with, and he came there with his friends to have this fight, and took it to the next level, " said Lieut Stephen Fitzpatrick of the Nassau County Police Department.

"At the appropriate time, we will release vital information about what happened that's not captured on video and that completely changes this case. Until then, we ask the community to reserve or judgment and pray for those who are suffering," Edward Sapone said.
.
Police said Flach has a criminal record, including arrests for an assault last May and possession of a controlled substance earlier this month.

"This is a 16-year-old. He's a child. There's nothing more horrific in our business than the murder of a child. So if people have information about that, they need to come forward," said Madeline Singas, Nassau County's district attorney.

At least six others were with Flach during the Monday afternoon brawl, and police are looking into their possible involvement.

"(Morris) was a person that would help anyone, and no one helped him," said Keyanna Morris, Kahseen's sister.

The judge granted Sapone's request to hold Flach in protective custody. He is due back in court next week.