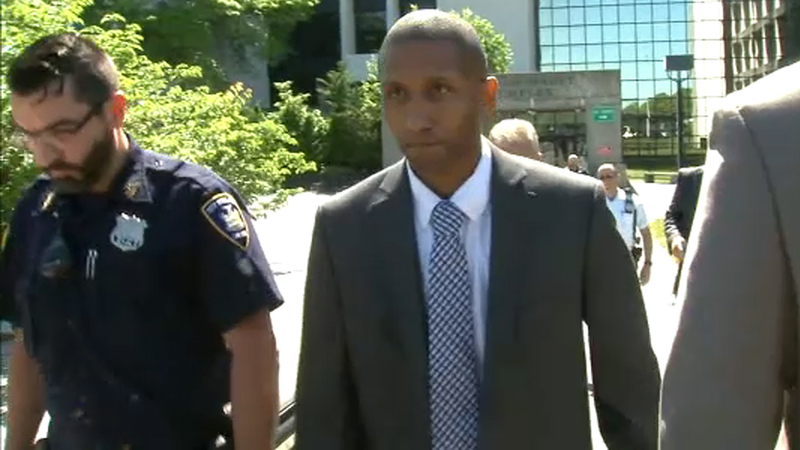 CENTRAL ISLIP, Long Island (WABC) -- A Suffolk County police officer and volunteer firefighter is under arrest, accused of being an arsonist.

Officer Weldon Drayton Jr. was released on his own recognizance Thursday afternoon.

His job was to protect and serve, but prosecutors say instead of stopping fires, he was intent to start one at an unoccupied home in Central Islip back in October.

"So that Drayton would be the first to respond, thereby increasing his stature within the fire department," he said. "Or as they would say, 'to get salty.'"

The indictment also names another volunteer firefighter, Stephen Hernandez, who was arrested with two others in March after a string of fires in both Central Islip and Hauppauge between October of last year and January of this year.

Drayton was commended by the county executive for his DWI enforcements two years ago. Also posing in that photo was Sini, the police commissioner at the time, who is now prosecuting the arson case.