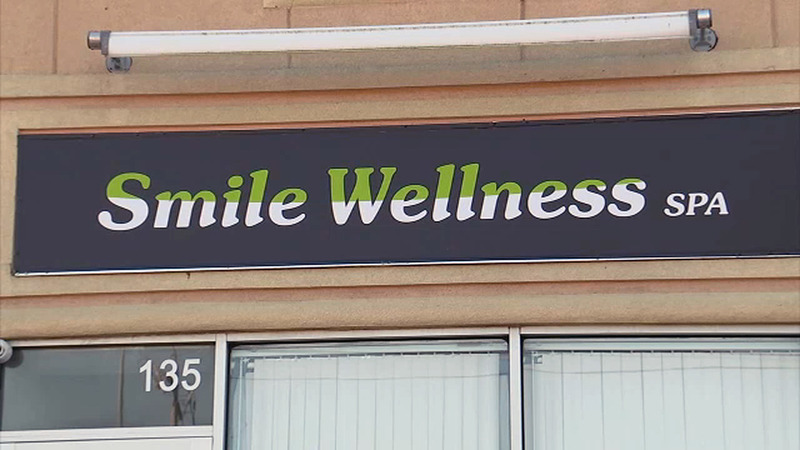 Town of Babylon Supervisor Rich Schaffer announced Wednesday that the town's Quality of Life Taskforce, in conjunction with Suffolk County police, conducted a series of investigative operations last week that resulted in four locations being shut down.

"The officers received massages and were propositioned," Suffolk County police Inspector Kevin Kane said. "A sex act for a set amount of money."

The other three locations were closed for various violations, including workers operating without massage licenses, as well as a number of safety hazards ranging from the absence of smoke and carbon monoxide detectors to blocked emergency exits and electrical hazards.

In total, 38 violations and summonses were issued.

"This is about shutting down the bad guys who give this industry a band name, to make sure that law-abiding small businesses can thrive," Babylon City Councilman Terence McSweeney said. "Let me be absolutely clear. We are here today to send a strong message to would-be illegal massage parlors, we're coming after you."

Two local massage establishment owners, Marla Kaplan and Gregg Schilling, spoke about how illegal operations give their businesses a bad rap. Kaplan spoke about dangerous situations her therapists are put in by clients expecting illicit services.

"You don't have to be a brain surgeon to take a look at it and figure out what you're going for, when you look for this," she said. "Men will come in thinking we are this type of place, and they get aggressive and they get nasty, and they've threatened my therapists as well."

The recent investigation of a day spa in Florida that New England Patriots owner Robert Kraft and other high-profile people allegedly visited for sex acts brought the issue to the forefront, described as a problem that's been hurting legitimate small businesses in Suffolk County.

"Licensed therapeutic massage does a great service to people," Schilling said. "I mean, a lot of people really need it."