VIDEO: Watch one woman learn that she won the lottery 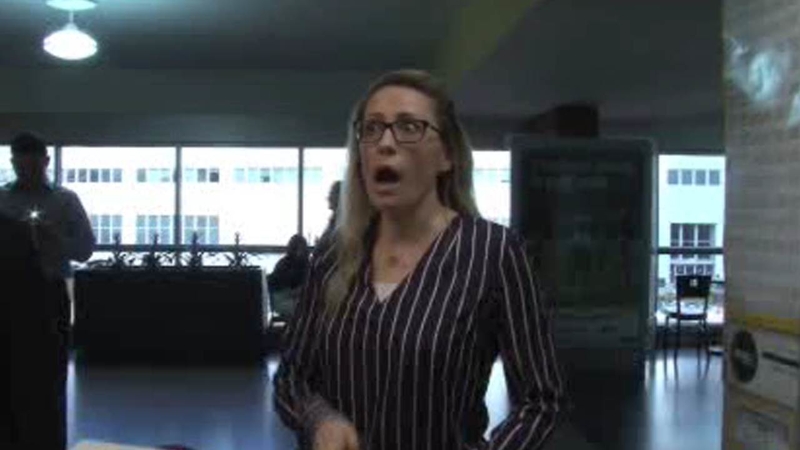 NEWARK, New Jersey (WABC) -- Indiana may be the home to Powerball's big jackpot winner, but there are a couple winners in the Tri-state area as well.

Cameras were rolling when one woman learned she just struck it rich.

In Newark, Jessica Macarone shared her excitement with the world, maybe because she didn't know it was coming.

"Are you kidding me?" Macarone said.

"You're kidding me. This is real?" Macarone said.

Macarone of South Bound Brook, New Jersey, had no idea when she came to check her numbers that she was already a multi- millionaire.

Watch video showing the moment she learned she was a winner:
EMBED More News Videos

Watch the moment when a woman realizes she won $2 million in the lottery.

Macarone is an attorney and works near the News Day newsstand on Mulberry Street in Newark.

She had purchased a ticket there.

She matched 5 numbers but not the Powerball.

But she made the smart move of spending an extra buck in the Power Play option which doubled her winnings.

"It's been a rough year. I lost my dad, my uncle, and my mom is having a hard time. So this like it's going to be..." Macarone said.

There were six $1 million tickets sold across the country.

One of them was at a 7-Eleven on Montauk Highway in Center Moriches.

She had no idea until Eyewitness News told her a short time ago.

She had just walked in to start her shift.

"Oh my God. That's funny. I was thinking about it when I heard it on the radio when I heard that someone at a 7-Eleven in Center Moriches sold the ticket. I said, 'Oh my gosh.' Of course at first I'm praying and I'm not checking my ticket in case I'm the winner," Emory-Kazanecki said.

"Is it like the next best thing to have sold the winning ticket?" Eyewitness News asked.

"I hope the person does good things with the money, that's all, and helps other people and stuff," she said.