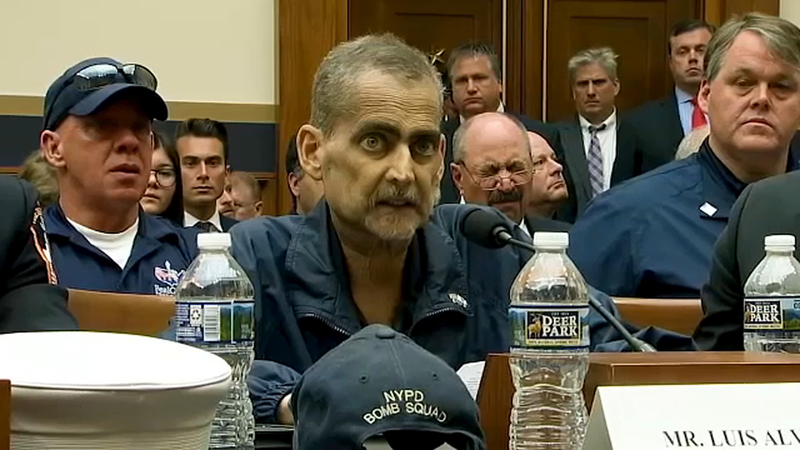 NEW YORK (WABC) -- Many heroes emerged from the darkness of the terror attacks on September 11, 2001.

One of them was Luis Alvarez, who fought until his last breath to make sure Congress extended funding for 9/11 first responders.

His family spoke with Eyewitness News ahead of this year's ceremonies paying tribute to victims of the attacks.

It has been an emotional ride for the family of Alvarez, who was honored by the Brooklyn Borough President Tuesday in one of many ceremonies of remembrance.

For the victims who died on 9/11, their families have been grieving for 18 years now. But not his.

"For us, in a personal sense, there's a deep void," said his brother Philip Alvarez.

It's their first 9/11 without him. Alvarez, a retired detective with the NYPD bomb squad, died on June 29 from 9/11-related cancer. But only after the fight of his life.

"I should not be here with you but you made me come," he told the House Judiciary Committee in June.

With the world watching, he traveled to Capitol Hill, where his testimony helped ensure that first responders would no longer have to worry about the 9/11 Victim Compensation Fund running out.

His brother said it is Lou's legacy. "But there was a lot of Lou Alvarez's," he said. "Anybody who has ever fought for the city and fought these sicknesses. They're all Lou Alvarez's and they're all heroes."

The Alvarez family has eight separate events Wednesday, including one at Ground Zero. It is overwhelming but also empowering.

And while Lou's spirit undoubtedly lives on, just like any other victim's family their loss is inexplicably deep.

"You know, I wanted to do some fishing with him this summer," said Philip Alvarez. "Just gonna miss him."