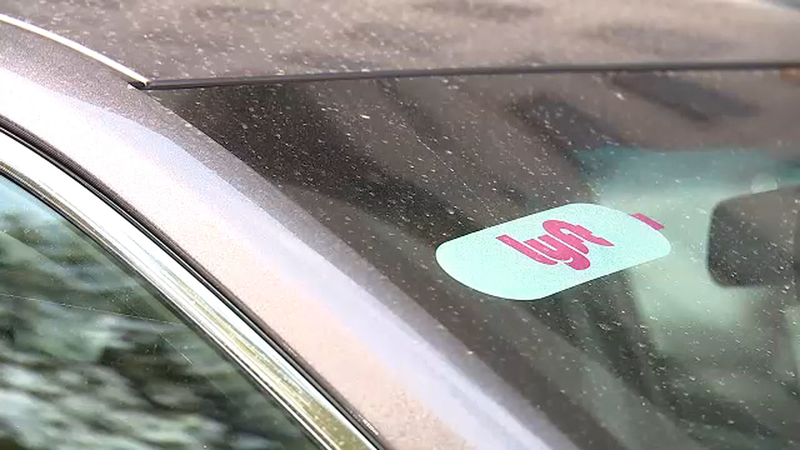 NEW YORK (WABC) -- The rideshare company Lyft is facing another lawsuit alleging drivers for the platform sexually assaulted riders in their vehicles.

The lawsuit filed in San Francisco court involving 20 alleged victims follows an earlier lawsuit against the company involving 14 alleged victims that also accused Lyft of failing to do enough to protect riders relying on the app for transportation.

"It's about all the women that Lyft puts at risk," said Mike Bomberger, the attorney representing victims in both lawsuits. "The bottom line is that Lyft does not take the safety of their passengers seriously and never has."

During a press conference announcing the lawsuit in San Francisco late Wednesday morning, three of the women now suing Lyft described their experiences using the app with the intention of getting home safely.

"He had his hands down my pants," Caroline Miller remembered. "Lyft needs to make significant safety changes because it should not happen to anyone."

"The street was dark and the cell reception was limited," described another victim who wished to remain anonymous.

"I was so terrified," said a third alleged victim named Ashley, who was joined by her husband.

The lawsuit accused Lyft of prioritizing profits over passenger safety and allowing drivers to continue accepting passengers even after Lyft received reports of alleged sexual assaults by those drivers.

The lawsuit follows new safety measures announced by Lyft in response to other recent complaints about safety.

The rideshare announced a new sexual harassment prevention training for drivers and an added feature in the app to make it easier for riders to call 911 and report sexual assaults.

"What these women describe is something no one should ever have to endure. Everyone deserves the ability to move about the world safely, yet women still face disproportionate risks. We recognize these risks, which is why we are relentless in our work to build safety into every aspect of our work. That means continually investing in new features and policies to protect our riders and drivers.

This year, nearly one in five employees at Lyft have been dedicated to initiatives that strengthen the platform's safety. In just the last few months, we've launched more than 15 new safety features -- including daily continuous criminal background monitoring of all of our drivers, in-app emergency assistance to make reporting easier for riders, and mandatory feedback for rides rated less than four stars to ensure we are constantly tracking any level of problematic behavior by drivers. We've also partnered with RAINN, the nation's largest anti-sexual violence organization, to roll out required sexual violence prevention education. Our work on safety is never done, and we will continue to invest in new features, protocols, and policies to ensure Lyft is the safest form of transportation for our riders and drivers," wrote a Lyft spokesperson in a statement responding to the lawsuit.

While the women behind the lawsuit acknowledged Lyft has made steps toward safety in recent months, they complain that the measures the company has taken don't go far enough.

"Any app feature they have would not have helped me that night," said one victim who asked not to use her name.

They hope their lawsuit compels the company to add video surveillance in all of their vehicles by policy and to introduce fingerprinting as part of a background check before approving drivers.