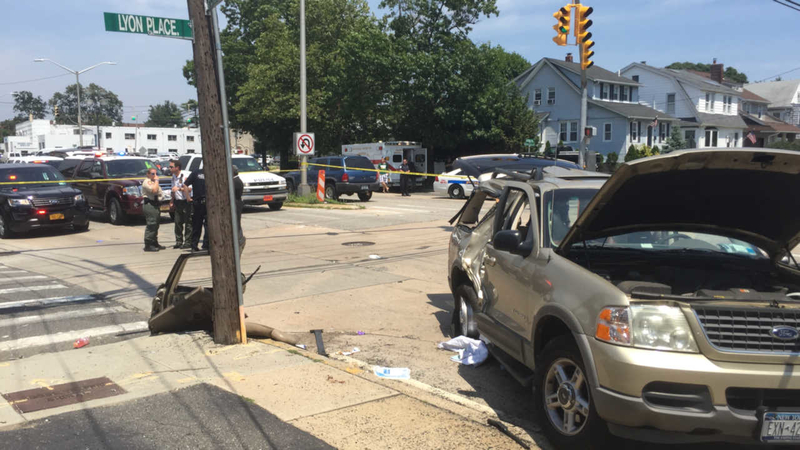 Crash sends 7 children to the hospital in Nassau County

LYNBROOK, Long Island (WABC) -- Seven children were rushed to area hospitals, one airlifted in serious condition with head trauma after their SUV was struck broadside by a pickup truck in Lynbrook on Monday afternoon.

The crash happened at 1 p.m. at Peninsula Boulevard at Lyon Place.

The children, whose names have not been released, were all passengers in a Ford Explorer, with a male driver and a female passenger. Authorities tell Eyewitness News that one child may have been sitting on a passenger's lap.

The driver of the pickup, a Ford F-150, was alone in the vehicle and was not injured.

Chief Joseph Neve of the Lynbrook Police Department says that the SUV was traveling southbound on Peninsula when it was struck by the pickup, which was making a left turn onto Lyon Place from the northbound lanes of the boulevard.

The children range in age from nine to fourteen and their conditions could not immediately be confirmed.

The boulevard is shut down southbound at the scene.