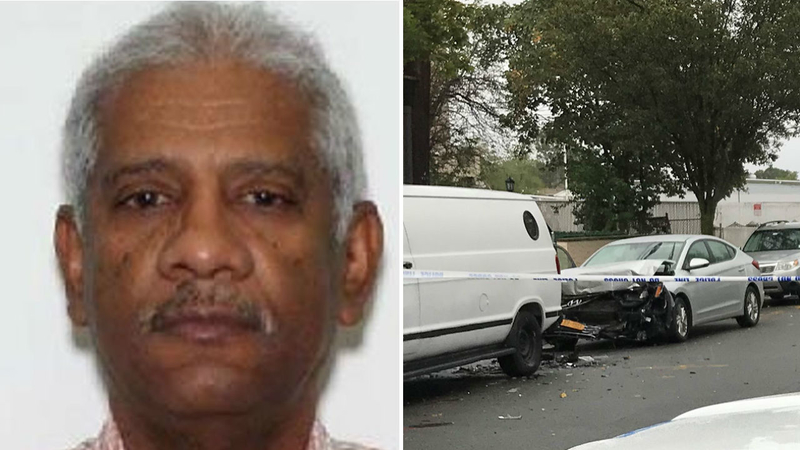 THROGGS NECK, Bronx (WABC) -- A woman discovered dead in a Bronx street was slashed with a machete and run over, according to authorities, who are now looking for her ex-husband.

Police say the 58-year-old victim was found unconscious with multiple lacerations to her body on Ellsworth Avenue in the Throggs Neck section just after 7 a.m. Thursday.

Colon rushed to help the woman, but it was too late.

The woman was pronounced dead at Jacobi Medical Center. She has been identified as Noelia Mateo.

Detectives are looking for her 63-year-old ex-husband, Victor Mateo.

Police believe he crashed his car into the back of a white minivan, then got into Mateo's car and ran her over with it before attacking her with a machete.

He then fled the scene.

Police say Mateo was stabbed in front of her two young grandchildren.