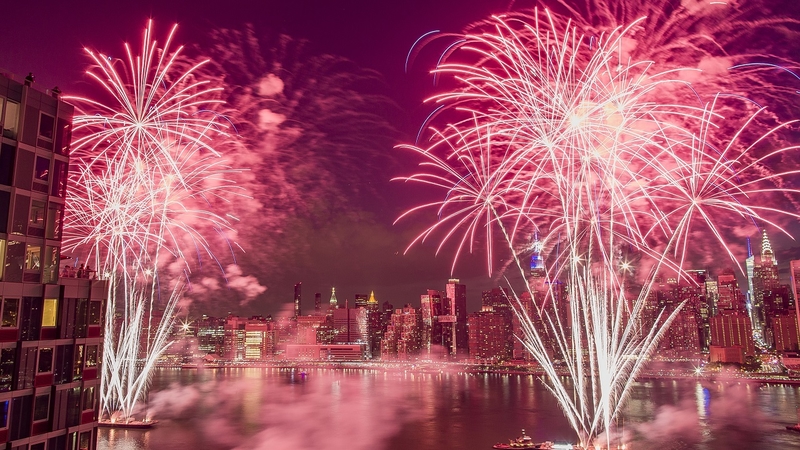 Tight security ahead of 4th of July fireworks

And security will be tight with a regimen of New York City police officers on hand. So far authorities say there are no credible threats to the nation's birthday party.

Lights and last minute preps were being set up by production crews Tuesday night. But all eyes will be on the light show in the sky as Macy's gets ready to host its annual July 4th spectacular.

Of course paramount to any success is safety. The NYPD explained that security is a joint effort between the experts and the public

"If you see anything that makes you uncomfortable, I think not only should you, you have a responsibility to call 911 or flag down a police car," said NYPD Commissioner James O'Neill.

There will be layers or security on the ground, in the sky, in the water.

"That means the critical response command, the long guns teams, the heavy weapons teams that will be at or near the checkpoints," said NYPD Deputy Commissioner for Counterterrorism and Intelligence John Miller. "That means the vaperweight dogs that can scan large areas of a crowd to see if there is not just explosives present but explosives moving through a crowd. So all of that has become part of the package that we use at large events."

Macy's July 4 show is the largest in the nation. Seven barges filled with colorful surprises will line the East River from 23rd Street up to 40th, lighting up New York with 75,000 perfectly synchronized shells.

There will be a new razzle dazzle this year: a golden chrysanthemum.

"It's going to burst as a typical gold glittering chrysanthemum, a golden star," said fireworks show designer Gary Souza. "Then all of a sudden there is going to be an appearance of multiple colored stars that are going to chase right across the edge and disappear off the other side."