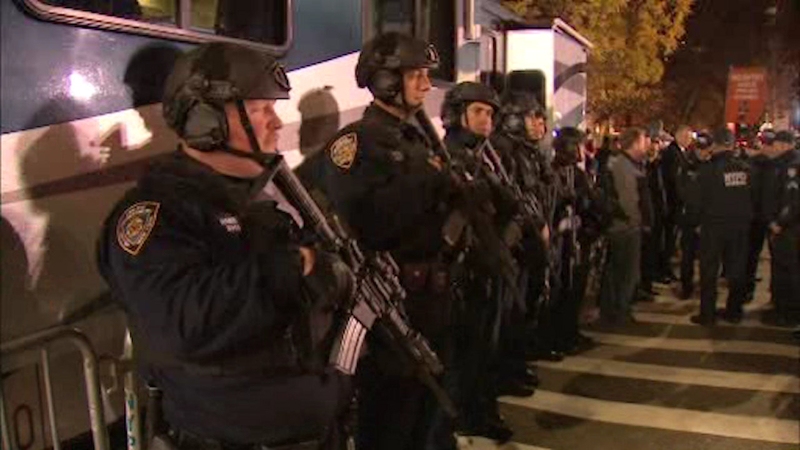 NEW YORK (WABC) -- The NYPD's extensive security measures for the Macy's Thanksgiving Day Parade include placing dozens of sand-filled trucks near the parade route to prevent a terror attack like the one in France last year.

Wednesday night, the steel curtain slammed shut on the next and arguably most complex task of securing Thanksgiving.

In Herald Square, police have already frozen street and sidewalk traffic hours before a show which last year attracted 3.5 million spectators and more than 40 million viewers across the country.

So on the eve of such a high pressure event, what worries police the most?

But, Commissioner O'Neill says he's confident his department is ready, evolving as it has the most recent threats, like the Bastille Day truck attack in nice.

"We think ahead of the terrorists, we knew that would have possibly been one of their plots," said Chief James Waters, NYPD Counterterrorism.

First the parade route itself, for the first time, will allow no crosstown traffic across Sixth Avenue, and 42nd and 57thstreets are closed.

The department will position 82 heavy sanitation trucks blocking side streets along the route, to block any oncoming attackers.

"We're ready to go, we'll be up early tomorrow morning and we'll be keeping everybody in New York safe," Commissioner O'Neill said.