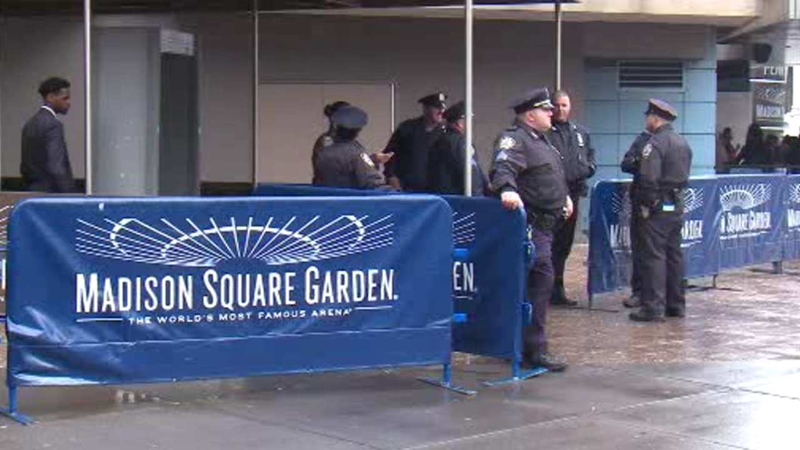 NEW YORK (WABC) -- The NYPD had a command center at Penn Station Thursday night, as the crowds showed up for the Billy Joel concert at Madison Square Garden.

You don't always see that. Most of the security, though is what New Yorkers have grown accustomed to: canine units at entrances, lots of police, some checking backpacks, and all keeping an eye out.

If they were worried about the attack in Manchester, England, you sure couldn't tell inside the Garden Thursday night.

As he always does, Billy Joel packed the place. It was the first big arena pop concert in the city since 22 people were killed in a terrorist attack in Manchester, England on Monday.

Beyond the barbarity of the attack, the bomber targeted children. What set Manchester apart was that Salman Abedi waited until the concert was over and people were walking from the Manchester Arena to Victoria Station right next door.

It's not so different from how people leave the Garden and head to Penn Station downstairs.

New Yorkers said that they felt protected and noticed the NYPD's show of force.

To be sure, these are Billy Joel fans, some of whom go to all his shows.

Police were there all day with heavily armed Hercules units and canine teams and police everywhere you looked.