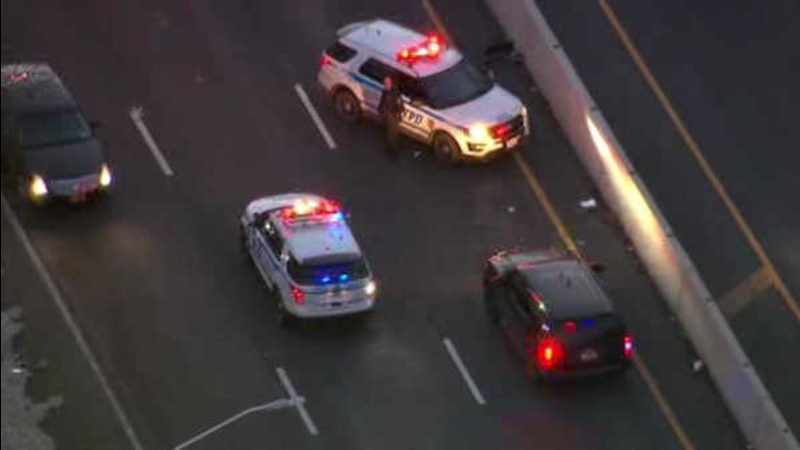 NEW YORK (WABC) -- A woman was fatally struck while walking on the Major Deegan Expressway in the Bronx Monday morning.

The 49-year-old woman was struck while walking in the southbound lanes at East 233rd Street njust past Exit 13 at about 5:45 a.m.

The 70-year-old driver of the 2006 Chevy sedan that struck the woman stopped at the scene. No charges were immediately filed.

It is not clear why the woman was walking on the highway.