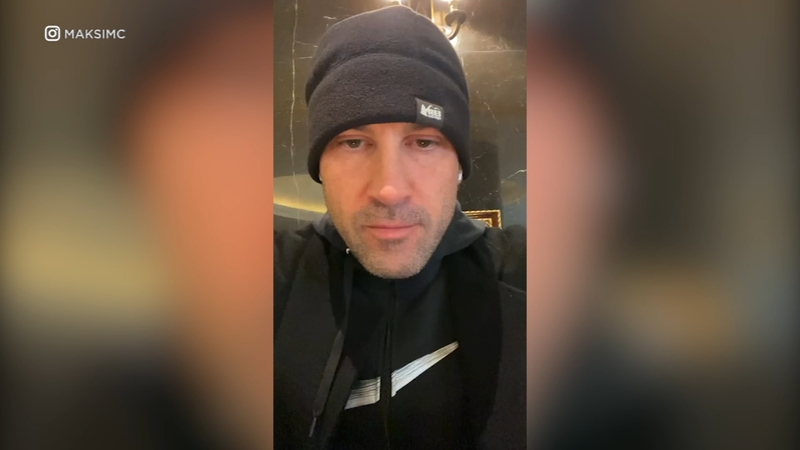 "Dancing With the Stars" veteran and professional dancer Maksim Chmerkovskiy has shared another update from Ukraine.

Chmerkovskiy, who immigrated to the United States from Ukraine with his family in the 1990s, posted two new videos to Instagram Friday from Kyiv, where he was currently working on the reality competition series "World of Dance UA," according to his representative.

"I'm out here, again, I'm safe. We haven't been told to move, and I'm just following instructions. That's all I can say," Chmerkovskiy began the first clip. "But the reality is that I'm also talking to my friends that are here, the Ukrainians, and the situation is pretty dire."

"People are being mobilized" in Ukraine, Chmerkovskiy added. "The whole country is being called to go to war. Men, women, boys ... are going forward and getting guns and getting deployed to defend the country."

Chmerkovskiy also shared a video on Instagram Thursday, following Russia's invasion, in which he said he wanted to return to the US and realized that he has a way to because of his American passport.

"What I'm realizing is that my friends whose kids are here, whose moms, dads are here and elderly people who are here, they can't just escape," Chmerovskiy said emotionally.
EMBED More News Videos

He first began performing with the hit ABC dance competition series during Season 2 in 2005. He won the competition in 2014 also served as a guest judge the following year during season 21.

Chmerovskiy married fellow "DWTS" pro, Peta Murgatroyd in 2017. The two are the parents of a 5-year-old son, Shai.

Murgatroyd and the couple's son are not with him in Ukraine, according to Chmerovskiy's representative.

Actor and filmmaker Sean Penn was in Ukraine as Russia begins its invasion. Maksim Chmerkovskiy from "Dancing With the Stars" also posted that he's in the eastern European country.

"I don't usually ask these things from my social media network, however today is extremely hard and the next few will be even harder," she wrote. "My pain is overwhelming and I'm struggling, but you sending your positive light and love to him would mean the world to me."

She added that her husband is currently "safe" and she asked that people reading "pray that he comes home soon."

"I grew to love this country the couple of times I visited and they're in an unfathomable situation," she added.