5 ways Malala Yousafzai has inspired the world, in honor of her birthday 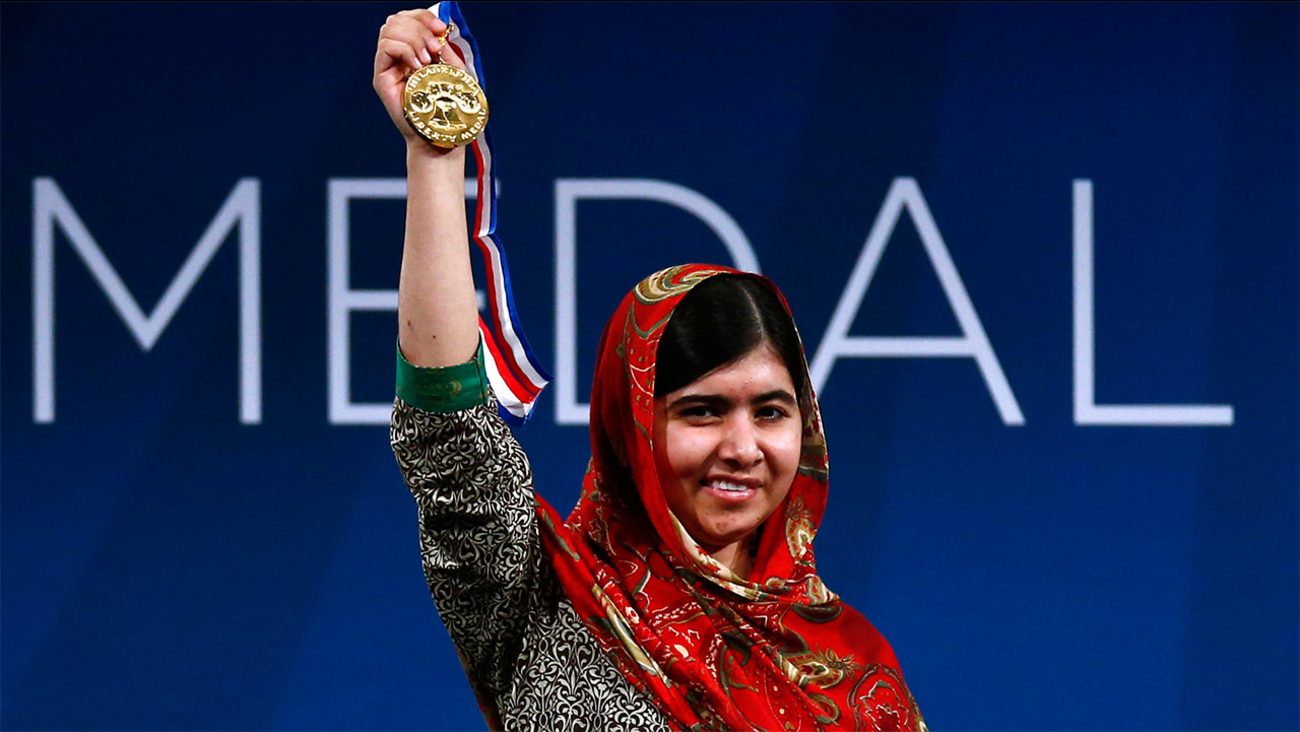 Malala Yousafzai is shown holding up the Liberty Medal, one of her many honors as a gunshot survivor and advocate for girls' education. (AP)

She's a global education advocate. She's survived an attack on her life. She's a Nobel Peace Prize winner. And on Tuesday, she turns 19.

Malala Yousafzai has inspired a generation to advocate for girls to have adequate, safe access to education. In honor of her birthday, here's a look at five of the most powerful ways she's done it.

1. Putting her pen to paper

At the age of 11, Malala began anonymously blogging for BBC Urdu. She gave vivid accounts of what it was like attending school as a girl in the Swat district of Pakistan. Her first post read, in part:

On my way from school to home I heard a man saying 'I will kill you.' I hastened my pace and after a while I looked back if the man was still coming behind me. But to my utter relief he was talking on his mobile and must have been threatening someone else over the phone.

She did not stay anonymous for long. At the age of 12, she was featured in a vivid New York Times documentary about her school being shut down by the Taliban.

On Oct. 9, 2012, a lone member of the Taliban entered Malala's school bus and shot her in the head. Malala nearly died. She underwent surgery, was transferred to the United Kingdom and spent months in the hospital before coming out stronger than before.

Just a month after the attack, Malala and her father put the wheels into motion to establish the Malala Fund, which aims to help support education for children across the world. Malala herself announced the fund in a February 2013 video saying, "This is a second life, this is a new life. And I want to serve."


Tap to watch if on News app.

On Dec. 10, 2014, Malala spoke after receiving a Nobel Peace Prize, the youngest person to ever be awarded the honor. She took the opportunity to speak not about herself, but about the girls around world she represents.


Tap to watch if on the News app.

Even though the United Nations declared her birthday to be "Malala Day," the teen has never let the day be about her. She uses her position as a public figure -- especially on July 12 -- to raise awareness about girls' education. This year, she is starting a conversation on social media with the hashtag #YesAllGirls while she visits a refugee camp in Kenya.