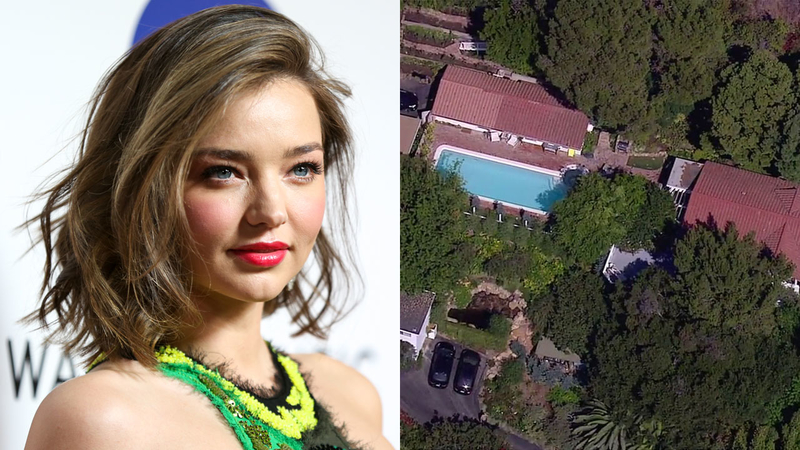 MALIBU, Calif. -- An altercation at the Malibu home of supermodel Miranda Kerr on Friday morning left an intruder shot multiple times and a private security guard stabbed in the eye, authorities and neighbors said.

Deputies responded at about 11:13 a.m. to a call of a person with a gun in the area of Encinal Canyon Road and Puesta Del Sol, a spokesperson for the Los Angeles County Sheriff's Department said.

Two neighbors told ABC7 that Kerr lives at the residence. It was unclear if the model was home at the time of the incident.

A preliminary investigation indicated the intruder accessed the property by bypassing an electrified fence and was then confronted by the security guard, according to the authorities. An altercation ensued, resulting in both persons being wounded.

One patient was airlifted to a trauma center after being shot in the head, the Los Angeles County Fire Department said, and emergency responders summoned a sheriff's helicopter to transport the second patient. The helicopter could not simultaneously transport two trauma patients, a fire official said.

Escorted by paramedics, a man believed to be the security guard was subsequently seen boarding the helicopter after being transported by ambulance to a helipad.

According to the sheriff's department, the intruder was shot three or four times. Both individuals are expected to survive.

Several sheriff's vehicles were seen parked outside the home, as investigators placed evidence markers at the scene and spoke with possible witnesses.

Craig Moore, who was doing construction work on an adjacent property at the time of the confrontation, said the intruder was homeless.

"He was with a backpack, and my guys heard him down on the Coast Highway screaming and yelling," Moore said. "I don't know how he ended up here but he did."

Echoing the reaction of some residents, Moore described the incident as "kind of a crazy thing to happen out here in Malibu."